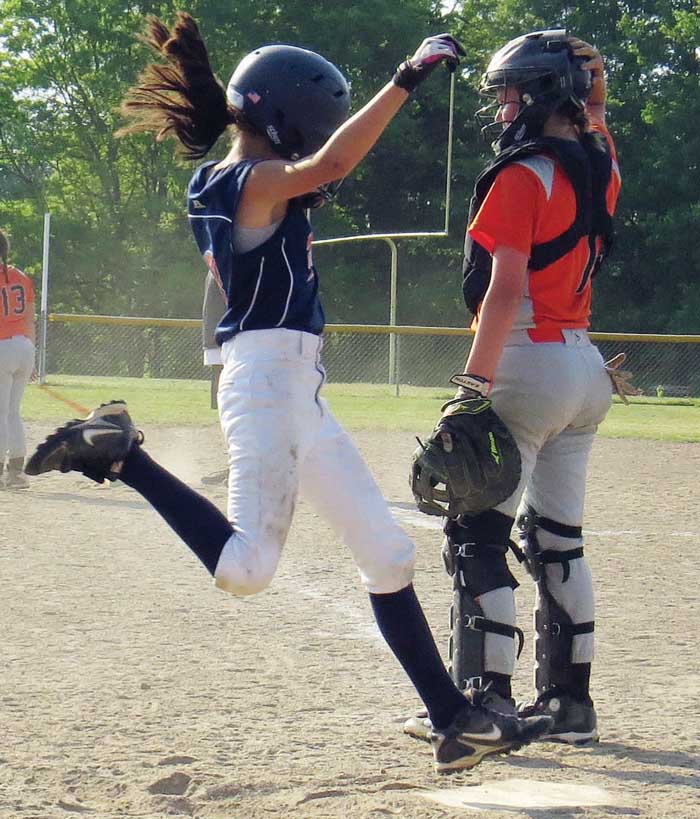 • The Wildcats were 3-4, averaging just 3.4 runs over a five-game stretch. They were held to 12 runs during a four-game slide.

• On top of all that, South entered the bottom of the sixth inning with a 6-3 lead.

But just when it looked like South’s bid for a perfect season would continue, the Wildcats stole one, scoring nine runs in the bottom of the sixth to stun South 12-6. South (9-1) had not allowed more than six runs in any game.

“I’m very proud of the girls for not giving up,” said North coach Jamie Lyerly, who will retire from teaching/coaching June 12. “They fought until the end. It was an excellent win for us.”

North’s Avery Parrish, who did not play in the doubleheader against South when the Tigers stopped a 10-game losing streak to North, went the distance in the circle, striking out eight in seven innings. Kayli Murphy was huge, going 4 for 4 with two doubles and a triple. Desiree Lewis singled twice and doubled. Morgan Athey had two hits. North got a triple from Emme Chamberlain and singles from Aisulu Ball, Abbey Custer, Parrish and Lena Marroquin.

South jumped ahead 2-0 in the top of the first on RBI singles by Sydney Wyatt and Easton Johnson. North rallied to tie with runs in the first and second, but South regained complete control during a four-run third. After Abbey Whitaker reached on a three-base error, Johnson and Sierra Foster rapped doubles to help the Tigers take a 6-2 lead.

It was 6-3 South going into the fateful bottom of the sixth. North sent 13 batters to the plate, capitalized on errors and scored five runs with two outs.

“We did not hit the ball after the third inning,” Kenney said. “We didn’t make the plays we had to to close the game out.”

Lewis opened the North sixth with a double. Murphy followed with a double to cut her team’s deficit to 6-4. Athey and Marroquin sandwiched singles around a ground out, and the bases were loaded. South second baseman Carley Green snared a Chamberlain liner for the second out.

“The bottom of the sixth was outstanding,” Lyerly said. “It was the most exciting game of the season.”

In North’s next game, the Wildcats tormented visiting Summit 17-0 in three innings for their first shutout since last year’s 6-0 win over South.

Credit the goose egg to Chamberlain (two innings) and Parrish (one inning). Chamberlain (single, double) and Lewis (double, triple) had two hits each.

Ellis fell to 1-7 with losses to Forbush and West Wilkes.