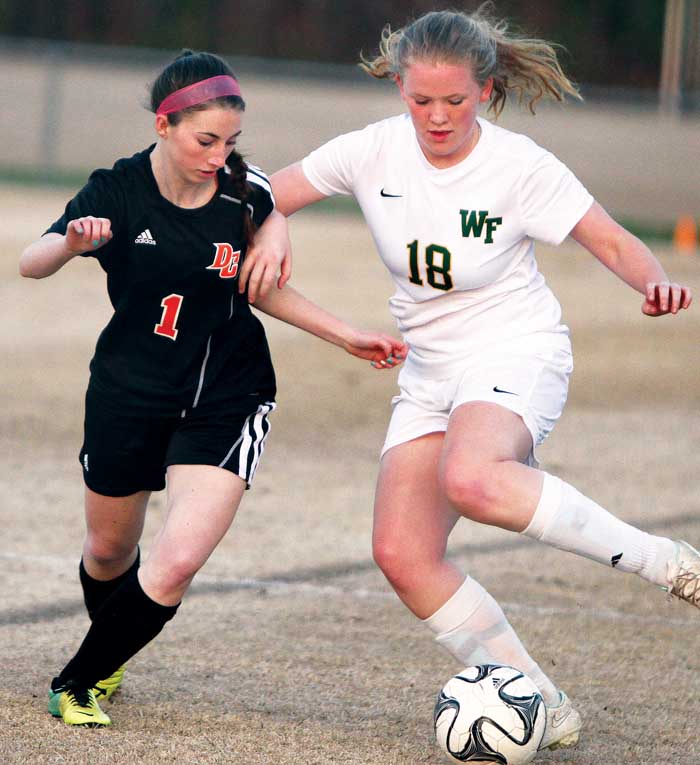 Davie’s soccer team did not beat Mt. Tabor, so there’s not going to be a parade. But compared to what the series results have been in Davie’s 25-year history, a shootout loss on the road against the Spartans earned the War Eagles a pat on the back.

The underdog War Eagles gave Tabor all it could handle. It was 0-0 at the end of regulation, and it was 0-0 after 20 minutes of overtime. That’s 100 minutes of 0-0 action. Davie wound up losing the shootout 4-2.

In the end, there was a sense of pride from the losing side because Davie came in 1-36-2 in the all-time series. Last year Tabor routed Davie 7-3 and 4-0.

While Tabor improved to 7-7 overall and 3-2 in the Central Piedmont Conference, Davie’s third straight loss dropped it to 3-8, 2-4.

“I think it shows a big improvement from last year,” coach Kerstin Steinour said. “We played a lot more defensively against them than we have in the past. The girls have certainly gained some confidence this year in themselves and it is showing on the field.”

“Tabor certainly tested Tellup and she answered back with some beautiful saves,” Steinour said. “Our entire defensive line also did really well. They did a great job keeping Tabor away from the goal.”