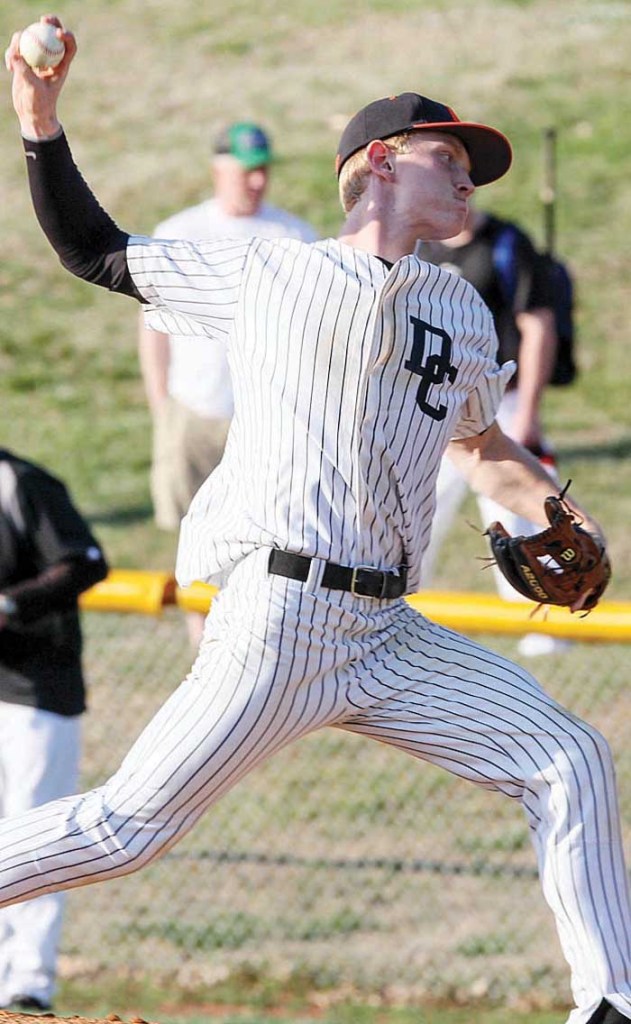 Davie’s junior varsity baseball team blew a seven-run lead in an 8-8 tie at Southeast Guilford. Davie coughed up a four-run lead in a 5-4 loss at Alexander Central.

But here’s something to buoy your spirits. In the only Central Piedmont Conference game of last week, the War Eagles edged host North Davidson 2-1, making Davie 5-1 in the CPC.

“That was a big win from a conference standpoint,” coach Jason Harbour said. “North is a pretty strong team.”

At SE Guilford, it was a feel-good tie for the home team. It was a crummy tie for the War Eagles, who led by scores of 6-0 and 8-1 before having a meltdown. The game went eight innings.

Davie had won five straight before matching the most runs allowed all season.

“Walks killed us just as bad as their hits,” Harbour said of his two pitchers.

The sophomore lefty allowed five hits and one unearned run. He has been basically untouchable all season: 3-0 record, 0.74 ERA, three complete games, nine hits allowed in 19 innings, 10 walks and 18 strikeouts.

“He had another strong outing,” Harbour said. “If he can cut his walks down, he will be as dominant a pitcher as there is in jayvee.”

The War Eagles haven’t hit much in two games against North, but they’ve somehow won both. Tyler Roberts’ six innings of pitching was part of the equation in a 6-1 victory in the first meeting.

Davie had just five hits in that one, and it only managed three in this one. Davie struck out eight times. Roberts, Hendrix and Ben Summers had the hits.

Davie got two of the hits in the fourth, when it grabbed a 1-0 lead. After Roberts hit a two-out double, Hendrix plated him with a single.

North scored off an error in the fifth to tie the game.

Davie’s winning rally in the sixth began when Jake Barneycastle struck out but reached first when the pitch got past the catcher. Chamberlain laid down a sac bunt. Then Barneycastle scored on a sac fly by Roberts.

At Alexander Central, the War Eagles suffered their first loss, 5-4, since the season opener against Reagan as they watched a 4-0 lead evaporate.

The game lasted six innings as the two-hour time limit expired. The Cougars scored five unanswered runs, getting one in the fourth, two in the fifth and two in the sixth.

“We let them creep back into it,” Harbour said as Davie slipped to 6-2-1 overall. “Again walks killed us.”