Julia Mainer: “I just got to heaven and I can’t sit down” 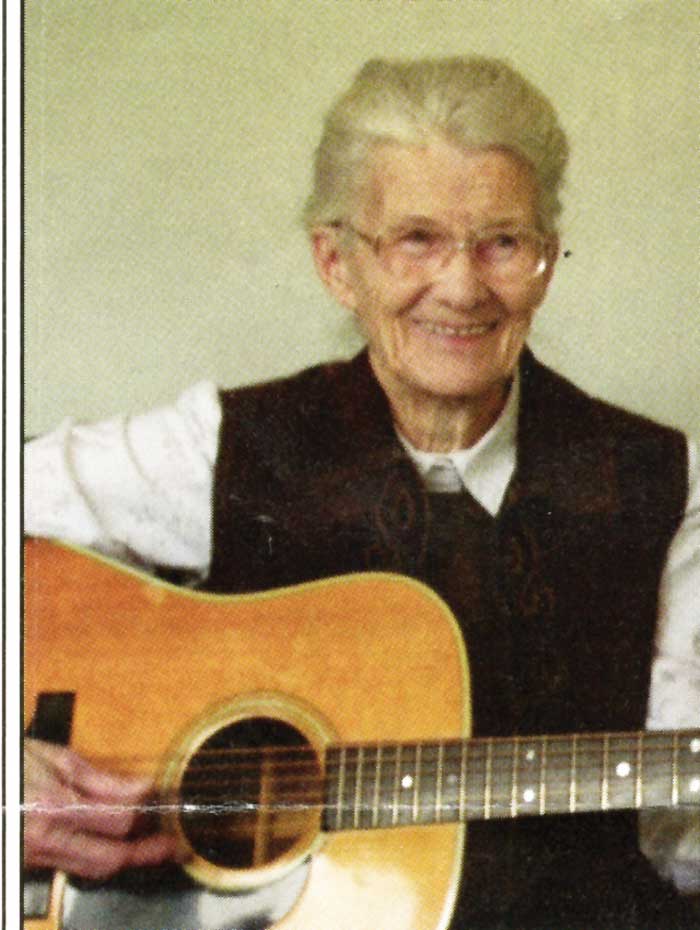 Julia Mainer grew up in Davie County. And as best as people remember, she’s always had that voice and personality that command attention and amazes.

Listen to what these industry experts said about her, as reported by Richard K. Spottswood in Bluegrass Unlimited Magazine.

Some unions are just meant to be. In music and life, Julia Mainer was the perfect partner for Wade (her late husband). She emerged in the 1970s as a great singer and performer in her own right. If you ever were in her presence, you knew she was special. Julia’s warm personality and caring heart spoke as profoundly as the mountain dignity her music represented.

A singer – a small woman with a huge, powerful voice – her singing left people awestruck, a humble, generous, warm-hearted woman who believed in the power of love and the power of God. I like to think she is shaking it up with Wade somewhere out there. “Sit down! Well, I can’t sit down.” Julia Mae Brown Mainer, we will miss you in this world.

She began performing 81 years ago, and an uncle got her an appearance on WSJS radio. The year was 1984, and her dad drove her there. She was known as “Hillbilly Lilly” on  Saturday afternoon shows.

In 1937, she married Wade Mainer, and known as “Princess,” she toured with Mainer and his Sons of The Mountaineers. She not only performed, but sold tickets and booked shows. Her first recording came in 1938 with the Mountaineers, a solo version of Cliff Carlisle’s “When Romance Calls.”

Spottswood reported that by the mid-1950s, the couple had five children and had moved to Flint, Mich., where Wade got a job in a General Motors plant.

In 1961, King Records’ Syd Nathan requested new Mainer records, and her “full-bodied contralto was prominent on the gospel tracks that revealed her voice as the equal of any female country singer of her time,” Spottswood wrote. “Wade Mainer’s appraisal wasn’t objective, but it was accurate: “She just has to get in a certain key – you don’t ever hear anybody with a voice like she sings with.”

After he retired in 1972, they began performing again, mostly at small gatherings in their home state of Michigan.

Their awards were numerous, and the couple kept an archive of photos, letters, songbooks, posters and other documents for the book, Banjo On The Mountain: Wade Mainer’s First Hundred Years, authored by Spottswood, an expert on early American music and recordings.

He said that about 10 years ago, she had voice problems and the couple quit performing. After his death in 2011, she stayed “cheerfully active,” Spottswood said. She died of a stroke.

It’s tempting to quote her best-known song, “I Just Got To Heaven And I Can’t Sit Down.”