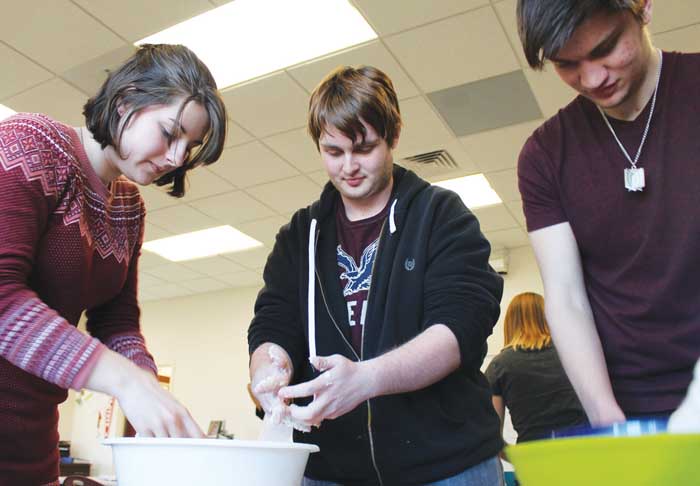 “Making the world a better place” is not just a line of the Junior Civitan Creed, but something the members of the Davie Early College Junior Civitan club try to do every day.

Now in its fourth year, the club has been helping its school and community through its service. The projects the club has taken on this year include: recruiting new members at the beginning of the year, attending the Junior Civitan officer training at Rowan Early College, collecting canned food for Food for His Flock, packaging meals for students with the Backpack Project, making cards of support for a teacher going through a difficult time, creating books for the developmentally disabled, ringing bells and collecting toys for the Salvation Army, selling fundraiser tickets to purchase gifts for A Storehouse for Jesus Little Lambs, decorating and delivering paper flowers to residents at Davie Place for Valentine’s Day, and making Pla-Doh type material for The Dragonfly House.

Additional projects will be completed before the end of the school year, said Shodeah Kelly, president.

“The students (club members) have come together several times to plan and implement very valuable service projects like the Backpack project.” said Angela Griffey, advisor to the club. “They have good attendance, good leadership, and lofty goals.”

The club was recognized at the 2014 Junior Civitan International convention as an Honor Club of Distinction.