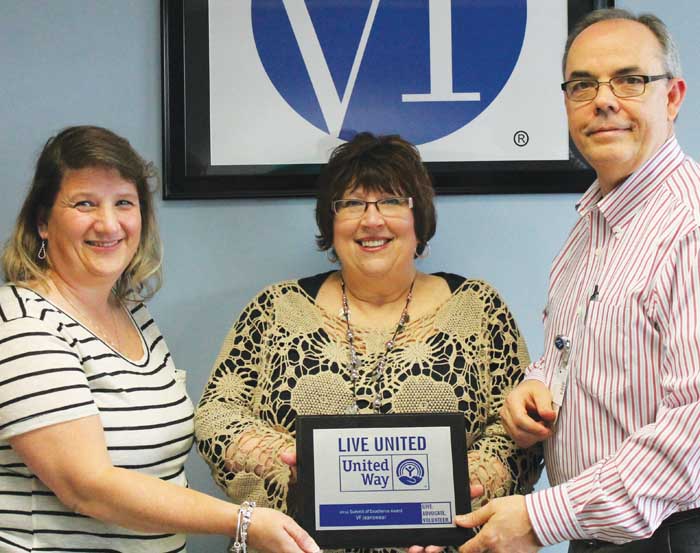 United Way of Davie County was not able to hold its campaign celebration due to the Feb. 26 snow storm.

However, this did not stop the staff of United Way from delivering the campaign awards to those who had earned this recognition.

The Cornerstone Award is presented to a company or organization that had the highest percentage of increase over the previous year. The companies are divided by size so there are four categories.

The Summit of Excellence is a recognition of a company whose campaign effort stood above the crowd. They had a significant increase in donations, they made an event out of the campaign by making it fun for the employees, and they show exceptional support for the work of United Way.

This year, the Summit of Excellence went to VF Jeanswear. Not only did Plant Manager,Mike Jenkins issue an ice bucket challenge, he had to follow through with being doused in ice water after the employees of VF met and exceeded his challenge.

In all, VF Jeanswear had a great time with their campaign and raised $10,000 for the United Way Campaign.

“Congratulations to all of our award winners,” said Melinda Beauchamp, Davie United Way CEO. “United Way of Davie County is very grateful to these companies and their employees for their support of the work of United Way in the areas of education, income stability, and health and wellness.” 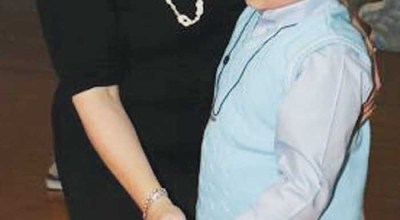 A time to bond