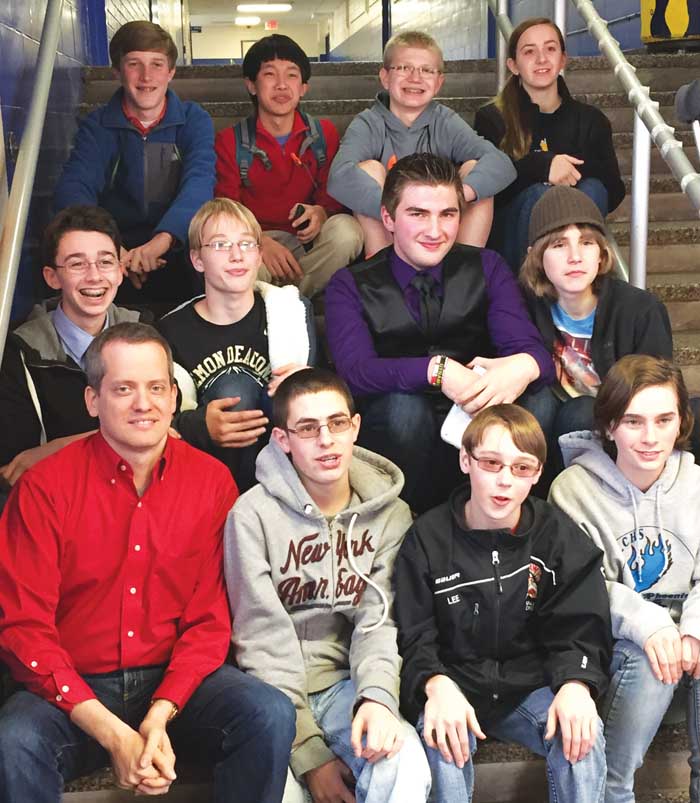 Coach Steve Rareshide with members of the Ellis MathCounts team.

William Ellis Middle School’s MathCounts team placed second in the recent Northwest North Carolina MathCounts competition in Winston-Salem. The chapter consists of nine counties and is one of 10 regions in the state.

The team’s performance qualified it for the state competition at the N.C. School of Science and Mathematics.

The team came close to knocking off perennial winner Hanes Middle School, a magnet school for highly gifted math and science students in Forsyth County, losing by less than half the value of one team round question.

MathCounts is a nationwide program designed to improve mathematical problem solving skills among middle school students who are at a crucial stage in developing and sustaining math interest and ability.

As one of the premiere STEM (science, technology, engineering, mathematics) programs in the nation, MathCounts encourages student interest in mathematics through written and oral challenges. Problems cover topics that include algebra, geometry, number theory, patterns, and probability.

In North Carolina MathCounts is sponsored by the Professional Engineers of N.C., which organizes the event for public and private middle schools. The top teams from the regional events advance to the state competition, and the state winners compete in the national finals.

Sample question: “There are 20 points in a plane, no three of which are collinear. How many distinct lines are determined by all possible pairs of these 20 points?” Answer: 190.