Tennis courts in need of repair 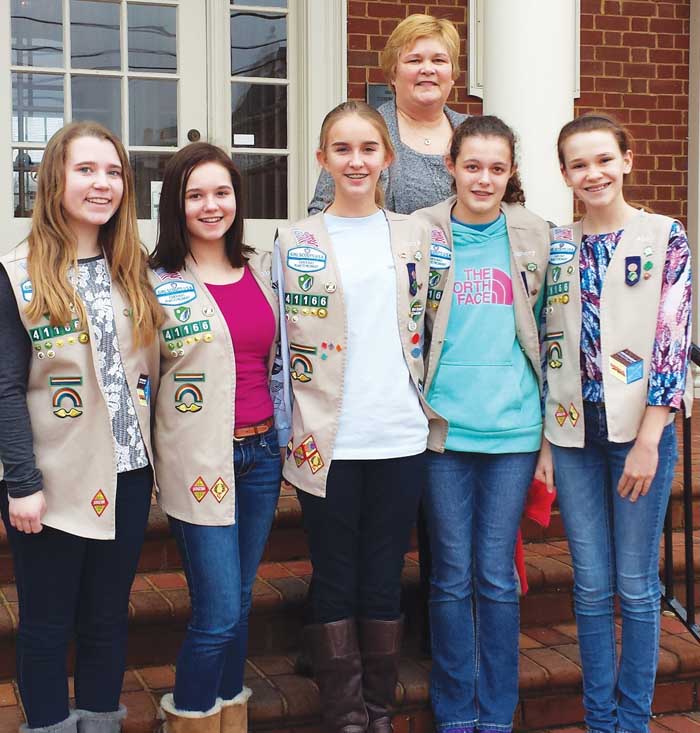 Mocksville Town Board members will be faced with the cost of re-surfacing the tennis courts as the budget approaches this spring.

They are getting some help – from members of Girl Scout Troop 41166 – who want to spruce up the courts adjacent to South Davie Middle School as part of their Silver Award community service project.

The girls made their case – complete with photos – at last week’s town board meeting.

The girls were given permission to go ahead with their project, which will include pressure washing the building and painting the doors school colors, putting outdoor banners proclaiming South Davie and Davie High championships (Several of the girls have played on the South Davie tennis team which hasn’t been beaten for two years.), re-attaching a wind screen and painting a backboard. They are seeking donations for the estimated $950 cost.

The girls are also paying for banners proclaiming championships in the South Davie gym, since it is the only middle school in the county without such banners, said Marjorie Foster, troop leader.

While those improvements will help, they won’t bring the tennis courts back to life, Foster said.

They showed photos of large cracks, and places where the surface is buckling.

“We have a major problem,” Foster said. “Some of these issues are tripping hazards. I implore you to bring this to the forefront.”