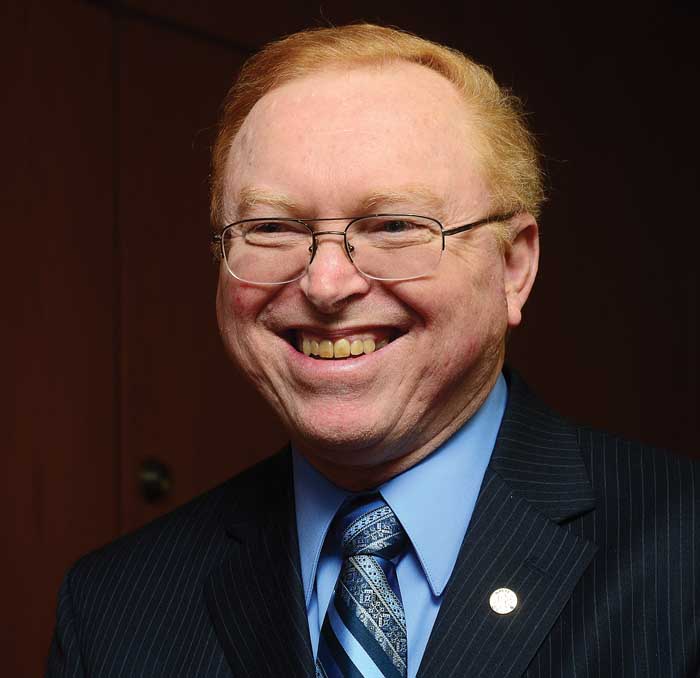 Some 38 years ago, Ronnie Robertson walked into the office of then county manager Ron Vogler and asked for a job.

He got it, working in the emergency communications department.

Last week, Robertson was honored at a retirement reception – receiving the Order of the Long Leaf pine, gifts and plenty of well wishes.

He has seen many changes – mostly with technology and people.

But one thing never changed.

He knew his job was to help people. And he did that to the best of his ability.

“It’s been a wonderful career, back to 1976 with S.T. Dunn,” Robertson said. “The success I’ve had I can’t take credit for. When I had questions, people would steer me in the right direction.”

He thanked his wife, Mary, for putting up with the sometimes off hours and calls in the middle of the night.

He thanked his fellow workers over the years – workers he said share his desire to help people.

“We have a wonderful, caring 911 staff. I love the people and I love what we do,” Roberson said.

“Davie County is a wonderful place. I will always and forever be your friend.”

That sentiment was echoed by many at the reception, including N.C. Rep. Julia Howard, who presented a flag that had been flown over the state capitol in his honor.

“First and foremost, you’ve been a friend to all of us,” Howard said. “We are very grateful for your years of service, and most importantly, for your friendship.”

County Manager Mike Ruffin said that everywhere he goes he hears nothing but good things about Robertson.

“I’ve heard many of you say, ‘he’s a good man’ and ‘we’re going to miss him’,” Ruffin said. “You’ve sacrificed a lot and I want to thank you for that.”

Terry Renegar, chair of the Davie Board of Commissioners, said Robertson also volunteers in his community, especially with the Advance Fire Department.

“He has contributed an immense amount to the public safety of Davie County,” Renegar said.