The newly-married prostitute from New Orleans arrived to the remote Sweet Water ranch only to find her new family of four gunned down, even the little boy, Timmy. Neighbors had ghoulishly displayed the bodies atop picnic tables as Jill McBain’s horse-drawn buggy pulled up.

She was to have been introduced that day to the three children as their new step-mother. Their widower father had met and married her impulsively on a trip to the city.

Instead, she became an instant widow in a strange and beautiful land filled with cutthroats and bandits — and railroad men.

As she looked deeply into the mirror of the ranch house, uncertain whether to stay or return to civilization, Mrs. McBain suddenly pixelated and froze last week.

My treasured disc of “Once Upon A Time in The West” is scratched, and I’ll never again see the rest of the story.

How many times have I watched it? Enough to memorize all the dialog. Enough to wear out the disc.

Directed by Sergio Leone, the 1968 Western includes bad man Henry Fonda, harmonica-playing Charles Bronson, outlaw Jason Robards and beautiful Claudia Cardinale as the prostitute. The movie has steadily climbed in position to one of my Top 5 favorite Westerns. The music is hauntingly beautiful. Scenes from Monument Valley are inspiring. The movie has all the ingredients of a great Western — trains, stirring gun fights, horses, beautiful scenery, a bar and a lady of the night.

When has an mere inch of ice taken so long to melt? Last week’s sleet caused the cancellation of four days of school and didn’t fully melt until Sunday when temperatures rose to the 50s. Temperatures plunged into the single digits on two nights.

No sooner had the ice finally disappeared than a surprise inch of snow fell on Tuesday morning, causing more havoc with the school schedule.

But it may not end there. More snow is in the forecast for Wednesday night. After a mild January, February is turning into a bear. The Davie High Class of 2015 may graduate in July at this rate.

Speaking of Davie High … The grading project on Farmington Road is the stuff of little boys’ dreams. My youngest was enthralled at the grading of Kinderton 14 years ago. We spent evening watching the bulldozers scrape and claw the earth. I took the other two sons in their infancy to building sites to see bulldozers in action. The new Davie High site has maybe two dozen bulldozers and excavators and big trucks all on one site digging in the black mud and dirt. It’s enough to wish I had a little boy to take along to watch the progress.

Grown men enjoy the view too.

I especially like the farm silos seen in the distance.

The Davie County Board of Education has advertised for construction bids. The bids will be opened on March 31 at 4 p.m. Then the steel beams will arrive.

Much has been said and written about the recent death of former UNC coach Dean Smith, but the classiest move of all was when Carolina coach Roy Williams resurrected the old “Four Corners” play Saturday against Georgia Tech. 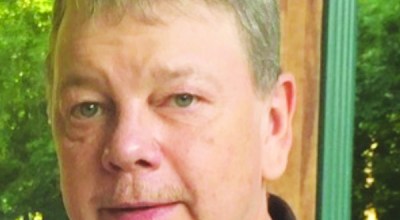 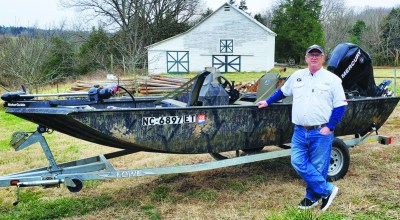