A Davie man was sentenced in Superior Court last week after being charged with animal cruelty 15 months ago.

Cameron Cilas Sheppard, 22, who lives on John Crotts Road with his mother, owned American Pitbull Terriers in October 2012, when he lived in Advance.

Hemmings testified when he arrived around 5 p.m., no one answered a knock at the door. He heard dogs barking and smelled “a horrific smell,” which he found to be coming from a dead dog in the center of the back yard. The black and white Pitbull, he said, still had a chain going from its neck to a dog house.

“It was very skinny, with ribs and hip bones protruding,” he said, “and there were flies, bees, and maggots on and around the dog.”

The house it was attached to wasn’t a typical dog house, he noted, in that it was a hard plastic container with no door and no floor. A food dish nearby was empty and a white five-gallon bucket contained dirty water that was so low “a dog would have tip it over to drink whatever seeped onto the ground.”

There was another dog, a brown Pitbull, in a metal crate on the back porch, and Hemmings said the dog was “unresponsive,” not wagging its tail or barking. There were three empty bowls with feces in them in the crate and no water bowl or bucket. That dog was thin, with ribs and hip bones protruding, he said.

A third dog, a brown and white Pitbull, was chained in the side yard. It also had an empty food bowl nearby and a five-gallon bucket with dirty water inside that was not in reach of the dog, Hemmings said.

That dog was aggressive and would not let Hemmings close enough to ascertain its health.

Hemmings said he spoke with Lt. Robert DeWitt, his supervisor, and the two returned to the property the next morning around 9.

Sheppard’s girlfriend answered the door and Hemmings said he asked to see the dogs. Sheppard told him he had taken the live dogs to his mother’s house and buried the dead dog.

“I asked him if he knew why the dog had died, and he said he had no idea,” Hemmings testified.

Sheppard’s attorney, Corey Buggs, asked Hemmings if Sheppard told him the dog passed away because it was sick, and Hemmings replied Sheppard never made that statement to him.

Buggs asked Hemmings, “Are you familiar with parvovirus?” and Hemmings said he was and that parvo causes extreme diarrhea, that it usually attacks puppies and isn’t as common in adult dogs, and that it kills a dog so fast that they usually do not have time to become emaciated.

Buggs asked Hemmings if he considered the dog might have died because it was sick and if he spoke to a veterinarian or had a necropsy performed on the dog, and Hemmings said he did neither.

After going to Sheppard’s mother’s home, he evaluated and scored the other two dogs based on a zero to nine scale, which he said he had been taught by a veterinarian. A perfect specimen, he said, would score a 5, while an obese dog would receive a score of 9. A deceased dog would be a zero, while a score of 1 to 1.5 would be given to a dog that was “extremely emaciated.”

Looking a picture of the dead dog, DeWitt noted he could clearly see the ribs, back bone, and hip bones. He said when an animal has parvo, its “final discharge” has a smell that is unmistakable and unforgettable. The disease, he said, eats away at an animal’s abdominal walls and moves quickly, usually killing the animal in a short period of time.

Buggs asked him if he could determine if the dead dog had parvo, and DeWitt answered, “I can’t say with absolute certainty the dog didn’t have parvo.”

Buggs asked him if he considered having a necropsy performed on the dog, and DeWitt said Sheppard’s mother had asked about having that done, but DeWitt ultimately made the decision not to, because of the high cost to exhume the dog and transport it to NC State University for a necropsy.

In later testimony, DeWitt said in his opinion, there was a low probability the dog had parvo.

Buggs asked DeWitt if he knew if the area around the dog had been cleaned up, and DeWitt said he did not.

In her closing argument, Karen Biernacki, assistant DA, told the jury, “That black and white dog didn’t die from parvo. That black and white dog died from starvation and dehydration. We don’t know how long those dogs had been there but use your common sense. And that question about cleaning up around the dog, who in the world is going to scoop up dog poop and leave a dead dog laying there? Do you really believe that? Use your common sense.”

Buggs told the jury “Sometimes in life unfortunate things happen. If a loved one has a disease and passes away, we don’t charge their family with murder. Officer DeWitt can only say conclusively the dog was dead, but not what he died from. Why would Mr. Sheppard have these other dogs that are healthy and starve this one dog? It doesn’t make sense. It could have been kidney failure, it could have been worms…just because this dog passed away doesn’t mean Mr. Sheppard committed a crime.”

The jury deliberated just over an hour before returning verdicts of guilty on one felony and two misdemeanor cruelty to animals charges.

Judge W. David Lee sentenced Sheppard, who has no criminal record, to 45 days, suspended 18 months supervised probation on one misdemeanor, with the same sentence on the second misdemeanor. He must pay a fine of $250, court costs, $1,410 for his attorney, comply with regular terms of probation, and cannot own, control or live in a home with any animals.

He was ordered to serve 48 hours in jail beginning immediately. Buggs asked Lee if the sentence could be served over the weekend, as Sheppard started a new job three months ago and faced being fired after spending three days in court and another two in jail.

Lee replied, “I don’t make deals,” and Sheppard begged, saying he would spend two weekends in jail to be able to keep his job. Lee agreed to that.

On the felony charge, Sheppard was sentenced to six to 17 months, suspended 18 months supervised probation. He must perform 72 hours of community service, pay the fee for that, supply a DNA sample, and submit to warrantless searches of his home.

Sheppard’s mother will have to give up her two dogs, since Sheppard lives with her. 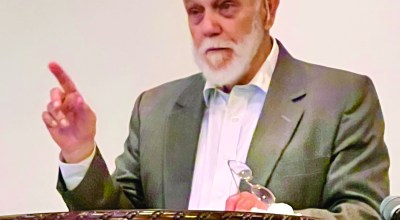