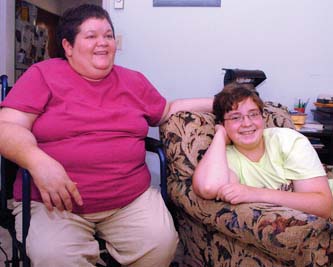 Family Believes In The Power Of Prayer

Toni and Heather McClamrock knew it was time to go to church.
Heather, then 11, had just gone through six months of chemotherapy for advanced Stage 4 Hodgkin’s Lymphoma. Her body was full of tumors. Her body was also defenseless, robbed of it’s ability to fight infections from the harsh drugs.
She was supposed to stay away from people. Crowds were out of the question.
But Heather and her mother Toni wanted to go to church. They needed to go to church.
“We sneaked off,” Toni said. “We went in late, sat in the back and tried to go unnoticed.”
Then came the call for anyone who wanted to go to the altar and pray.
“Heather looked around and said, ‘Momma, let’s go’.”
They went to the altar at Blaise Baptist Church in Mocksville, knelt, closed their eyes and began to pray. When it came time to stand up, Toni couldn’t. Someone was behind her. And beside her. There were people all around. “We were entombed with people praying,” Toni said. “When we got up, there was nobody in the …

Thirty-five pounds of “medical” marijuana shipped from California made its way across the country in late July. It didn’t make... read more