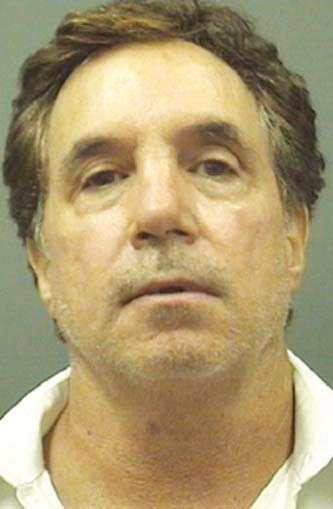 Thirty-five pounds of “medical” marijuana shipped from California made its way across the country in late July.
It didn’t make it through Mocksville.
The police department learned about the shipment, and its narcotics unit along with the Davie Sheriff’s narcotics unit got the drugs before they hit the streets.
The heavily taped bags of marijuana and suitcase went through several airports and warehouses without detection. N.C. Department of Corrections K-9 “Laika” indicated drugs in the suitcase.
Mocksville Police Detective Nelson Turrentine said the marijuana was packaged by name and types, and was meant for the medical marijuana industry in California. Police estimated the value in excess of $200,000.
Although sent to a Mocksville address, Turrentine said it was picked up by a Salisbury man. When officers from Davie and Rowan counties searched his vehicle and apartment with a warrant, they found those 35 pounds of  marijuana, an additional half pound of pot, hashish and a small amount of cocaine.
James Alexander Brown, 60, of  315 Ashbrook Road Apt. 11, was charged with trafficking in marijuana and maintaining a vehicle …