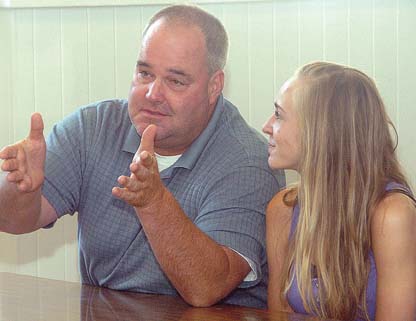 WILLIAM R. DAVIE – County commissioners brought there listening tour here last week, attended by a few local residents and others from across the county, some of whom also attended meetings held in Cooleemee and Bermuda Run.
“Government works best with citizen involvement,” said board vice chair, Ken White. “We hope we generate some good dialogue.”
Former County Commissioner Chris Anderson got it started, asking commissioners if they plan to follow an efficiency study that was recently completed by an independent agency, Evergreen.
White said the county had received part of the study, that on the school system. The 188-page report on the schools indicates savings are possible. “We’re hoping to develop a dialogue with the schools,” he said.
Commissioner Carl Humphrey said the $140,000 cost of the study should quickly be returned. The school portion alone could save the county $8.66 million over five years. He hopes the schools’ new superintendent embraces the study …