More Than A Coach: Loss of Daric Beiter Stuns Community 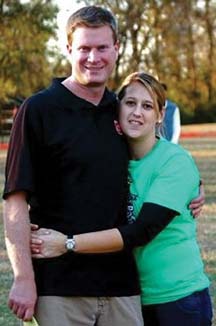 There’s that saying when someone passes about how he was a person I never heard anyone say a negative thing about.
But in Daric Beiter’s case, it couldn’t be more true. You couldn’t have disliked Daric Beiter if you tried.
Beiter was a rare jewel, as classy as you get. He was personable and energetic. He was a firm coach who did everything he could to win an event or race, but he was a patient, kind man to everyone he met.
A tragedy on April 1 reminded us that life is fleeting and can be taken from us in a second. Beiter, who turned 37 on April 1, suddenly died in the early morning of April 1 at his home, apparently of natural causes. He had a history of heart trouble, having a pacemaker installed in 2009.
Beiter’s death left the Davie High family devastated. He had been a history teacher/coach at Davie since 1999-00. At school on March 31, Beiter was his usual talking and smiling self. He and wife Michelle celebrated their ninth wedding anniversary March 30. Daric and Michelle, also a teacher at Davie, didn’t have any children of their own, but they treated 70 cross country runners, 94  track & field athletes and hundreds of …