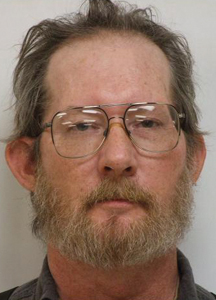 A local man is being charged with 10 counts of exploiting a minor after officials seized child pornography from his Davie home.
Curtis Dean Anderson, 55, of Half Mile Lane, Mocksville was arrested Monday.
Earlier this year the Davie County Sheriff’s Office teamed with the N.C. Internet Crimes Against Children (NCICAC) Task Force to begin investigating child porn distribution in the county.
During the investigation Det./Sgt. K.M. Shuping, who is the sheriff’s office member of the task force, obtained a search warrant for Anderson’s residence.
According to a Davie Sheriff’s Office press release, on Jan. 24 at 4 p.m. officers searched Anderson’s home and located a computer he owned. That computer contained 71 confirmed files of child pornography, according to the press release.
More than 20 VHS tapes and 80 DVDs were seized from Anderson’s home but have not been examined yet.
Davie Sheriff’s Chief J.D. Hartman said that none of the confirmed …