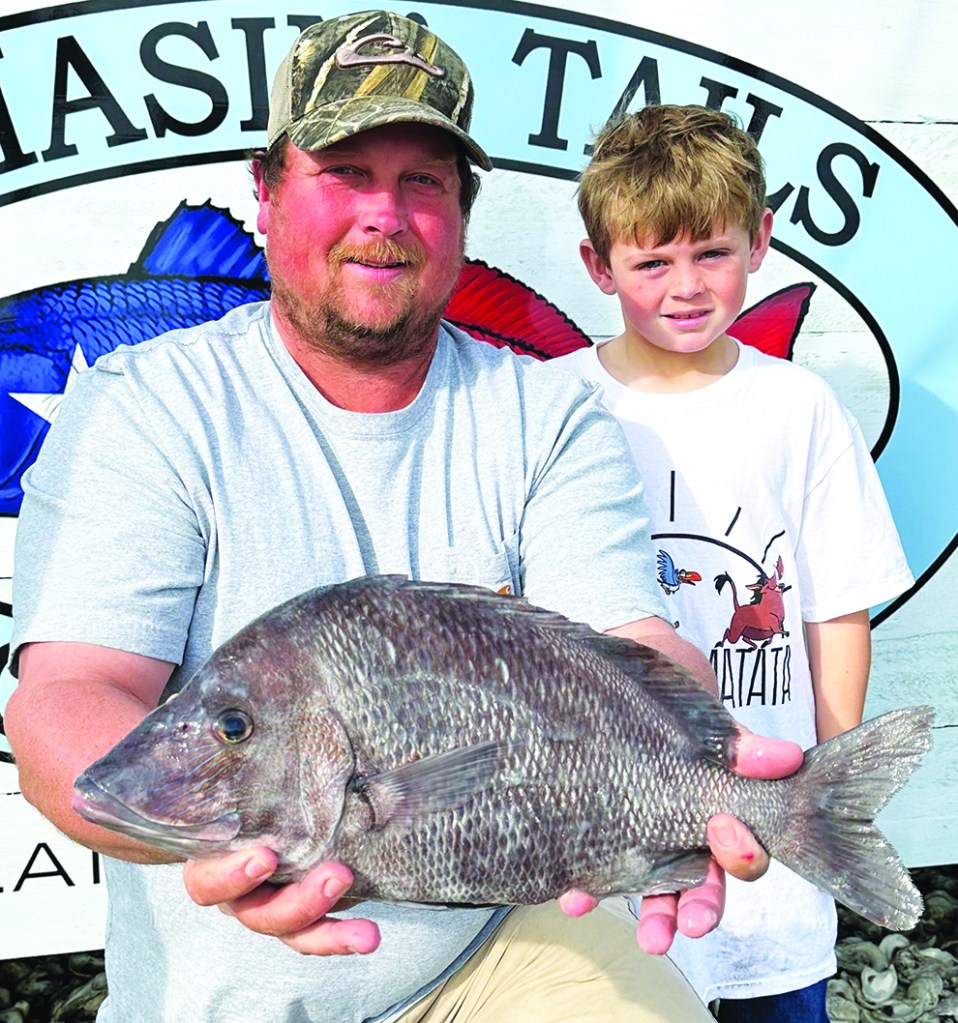 Logan Ennis of Red Oak with his state record white grunt, which weighed 4 pounds, 13.6 ounces and was caught Jan. 2 off Cape Lookout. - Photo courtesy of NC Division of Marine Fisheries

Fishermen in North Carolina will be thrilled to hear that speckled trout and 19th-century author Samuel Clemens, aka Mark Twain, have something in common.

Reports of their death have been greatly exaggerated.

That’s how Clemens responded to a newspaper reporter’s query about a report of his death.

It’s also basically what Lucas Pensinger, a biologist with the N.C. Division of Marine Fisheries, said about cold-stun events’ effects on speckled trout in state waters around Christmas.

Many fishermen feared that when a tremendous cold front blew through the state just before Christmas that speckled trout were doomed – often unable to escape rapidly cooling coastal waters before they are stunned by the cold, float to the surface and die. Cold-stun events in the past have had serious consequences for the state’s trout population, resulting in season closures and creel-limit changes.

Never fear, however, Pensinger said. Reports of cold-stunned trout were apparently much lower than expected.

“I’ve got some reports, and I’m working on getting everything together, but as far as confirmed reports of dead trout, it doesn’t look too bad,” he said.

Pensinger believes that the unseasonably warm water temperatures along the coast before the cold front arrived a day or two before Christmas provided protection for trout, which often have difficulty reaching warmer waters when the water temperature plummets into the mid-40s.

“I think a lot of it was that the water temperature was as high as it was going into the cold weather,” he said. “So, it didn’t get too cold. Then, the weather came back and got warm in a couple of days. I think the combination of the higher water temperatures and the turnaround we got saved the trout.”

Pensinger said that around NCDMF’s Morehead City offices, the only reports of cold-stunned trout floating to the surface came from relatively small areas in the Neuse River and Wards Creek. In big cold-stun events, floating trout are reported from areas all over the coast.

“The trout population looks pretty good,” he said. “Coming in (to the cold weather), we had a lot of trout. That and the combination of not having too bad a cold-stun event shouldn’t hurt them too much.”

“The webinars are especially intended for those that have never hunted and lack access to a hunting mentor, although they are open to all skill levels,” said Walter “Deet” James, a Commission biologist.

Space is limited and re-registration online is required. Classes will be held via Zoom, with participants receiving their Zoom link in a confirmation email. To register, visit www.ncwildlife.org/Learning/Skills-Based-Seminars.

North Carolina has another new state-record fish, according to the N.C. Division of Marine Fisheries.

Logan Ennis of Red Oak caught a 4-pound, 13.6-pound white grunt on Jan. 2 near the 14 buoy out of Morehead City. The fish was more than 5 ounces heavier than the existing record fish, caught off Cape Lookout in 1969. It was 17½ inches long and 16 inches in girth.