Girls bounce back vs. Glenn 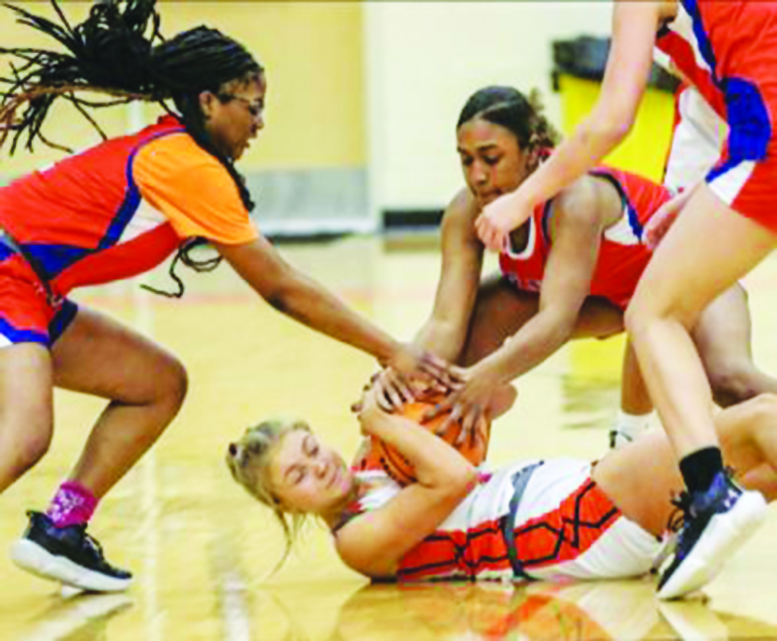 The Davie varsity girls basketball team brought its normal offense to Parkland on Jan. 10, but the War Eagles played far below their reputation on defense. As a result, they got blasted by the Mustangs 79-52.

The War Eagles came in averaging 49.6 points and giving up 43 a game. After winning seven of eight and three straight, they surrendered the most points in 30 games.

Dave was down 14-10 late in the first quarter. Then came the Parkland explosion. It scored the next 18 points to put Davie in an insurmountable hole, 32-10.

The Mustangs seem to have reinvented themselves after losing twice to Davie and finishing sixth in the Central Piedmont Conference last year. They entered with a 58.9 scoring average, posted a season high against Davie and lifted their records to 12-3 overall and 4-2 in the CPC.

The loss overshadowed a strong game for Kenadi Gentry, a junior who scored a varsity career high of 23 points, two above her previous high. That gave the guard 43 points in two games. That also marked the most points by a War Eagle in 47 games.

The War Eagles responded well to the loss, cruising past the visiting Bobcats on Jan. 13 and notching the most wins (10) in seven years.

Davie took control right out of the gate. Baskets by Rankin, Gentry and Spaugh sent the home team to an 8-0 lead.

The War Eagles led 26-17 at halftime despite only shooting 31 percent from the floor, but they took their game up a notch in the third. They converted 8 of 18 shots and ripped off a 25-7 run. Rankin, Johnson, Spaugh and Gentry did the offensive damage during that stretch as Davie widened the gap to 51-26.

Notes: Davie played both games without injured starting center Lauren Colamarino, who has missed four games total. … Davie (10-7, 4-3) has a three-game winning streak against Glenn. … Davie took four charges against Glenn, including three by Rankin and one by Spaugh.