Take a culinary journey around the world 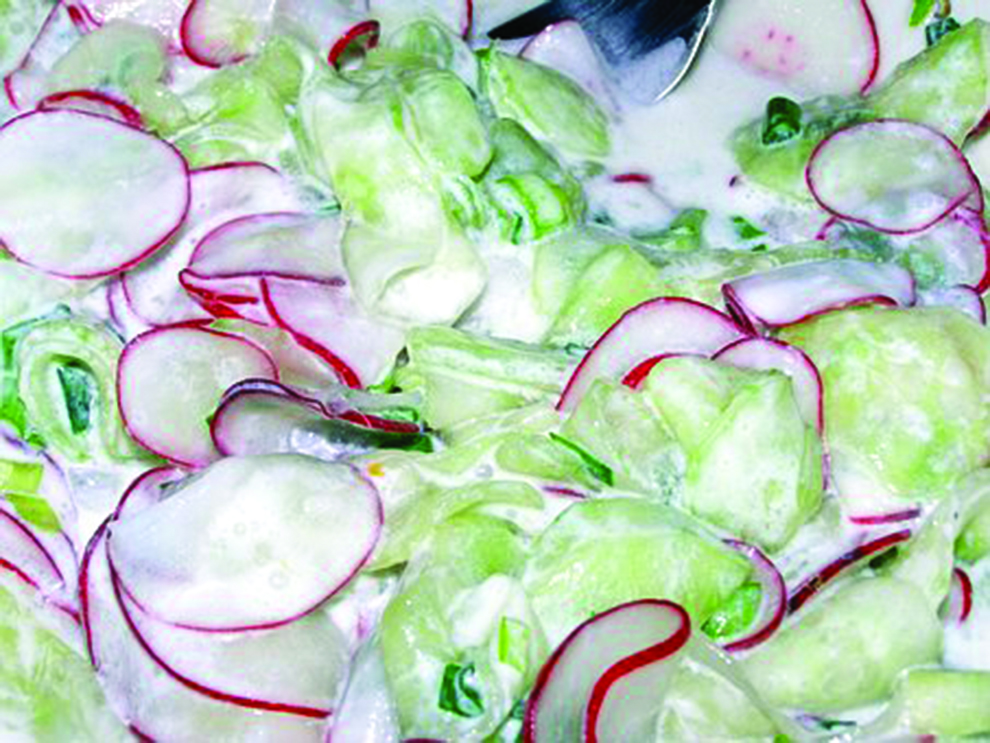 Following a brief taste of frigid temperatures, I came down with a case of wanderlust. Another year’s already rolled around. Along with the New Year has come a hankering to see new lands and taste different foods. For now, one resolution will be to patronize local restaurants I’ve not tried before – American and ethnic.

By the end of February, as spring draws nearer, I’ll be more than ready to get out of Dodge, so to speak. I’ll have had my fill of winter – and be eager to fly due east as the crow flies. But for now, like a bear in hibernation, I’m keeping my feet on the ground – and taking rest. As nature wakes up, I think we’ll all be roused and ready to take on some novel, diverse experiences.

The phrase “get out of dodge” refers to Dodge City, Kansas, the setting for the western series Gunsmoke. Like a rogue cowboy, when things heat up – I’ll be ready to make a run for it – pronto.

The navigational term “due” means precisely 90 degrees east from one point to another. That puts us somewhere close to Morocco. Actually, any destination reached by a nonstop flight across the Atlantic would be favorable.

The phrase “as the crow flies” means to move from one point to another in a straight line without deviation – the shortest distance. The saying reminds us that birds fly freely, whereas we have obstacles between us and where we’re going. So it takes us longer to get there.

That’s how life can be – we encounter one obstacle after another. You conquer one and no sooner have you done so when confronted with another.

But even as we walk through hard times, the Bible tells us God is with us. We face many trials and tribulations, but the Lord is always present – never leaving us. In the Bible, the Lord commands Joshua to lead the Israelites into a new, promised land. But first – they encounter a river that must be crossed. The Lord has prepared Joshua by saying, “Have I not commanded you? Be strong and courageous. Do not be terrified; do not be discouraged, for the Lord your God will be with you wherever you go.” (Joshua 1:9 NIV)

Remember that all this comes after people have wandered in a desert for 40 years. I can see how one might feel discouraged. But the Lord goes further, telling Joshua to “obey all the laws my servant Moses gave you; do not turn from it to the right or to the left, that you may be successful wherever you go. Do not let this Book of the Law depart from your mouth; meditate on it day and night, so that you maybe be careful to do everything written in it. Then you will be prosperous and successful.”

Scripture reassures us that faith and obedience to God bring victory. The prophet, Jeremiah, tells us that those who continue in their walk with the Lord will flourish and be fruitful. Jeremiah 17: 7-8 reads, “But blessed is the man who trusts in the Lord, whose confidence is in him. He will be like a tree planted by the water that sends out its roots by the stream. It does not fear when heat comes; its leaves are always green. It has no worries in a year of drought and never fails to bear fruit.” (NIV)

As we enter another year, it’s great to know we can move forward in our lives feeling confident – with renewed faith and in obedience to God. Be bold – and be blessed.

In celebration, sink your teeth into these recipes from different lands. The foods are delicious – I promise.

Roll meat in the flour. In a skillet, melt shortening. Add veal and onion and brown. Add parsley, salt, paprika, salt, and broth. Bring to a simmer for 1 hour. Stir in sour cream and heat through but not to a boil. You can add green pepper, sautéed mushrooms, diced carrots, and tomatoes, as preferred. Serve with broad noodles.

Salt and pepper, to taste

In a covered pan, cook potatoes, celery, and onion in 3 cups water until tender. Do not drain. Process the potatoes. Return to the pot and add milk, bouillon, and butter. In a bowl, combine sour cream with flour until smooth. Add sour cream mixture to the soup. Cook while constantly stirring until thickened and bouillon cubes have dissolved. Season to taste with salt, pepper, and nutmeg. Garnish with parsley.

In a bowl, blend horseradish with cream cheese. Spread on slices of ham luncheon meat. Form slices into rolls and place on lettuce. Separate rolls with 3 thin apple wedges that have been dipped in lemon juice. Garnish with mayonnaise and chopped nuts. Denmark is famous for open-faced sandwiches.

Cut potatoes into thin slices without going through the lower edge, so potatoes hold together. In a buttered casserole dish, place the potatoes with slices facing upward. Sprinkle with salt and dot with bits of butter. Bake in a preheated 450-degree oven for 20 minutes while occasionally basting with melted butter. Sprinkle with cheese and bread crumbs and bake another 25 minutes without basting.

½ cup half and half

In a bowl, combine beef and pork. Shape mixture into 40 small balls. In a skillet, melt butter and brown meat balls for 2 minutes on one side. Reduce heat to low and cover pan to simmer 10 minutes. Remove meatballs and pour off fat. Add half and half and beef stock to skillet. Blend cornstarch with water and then add to the skillet. Stir and heat until it comes to a boil. Taste and season. Serve gravy with meatballs.

In a Dutch oven, heat oil. Brown meat in oil until well browned. Remove meat and discard drippings. Separate cabbage into leaves. Place alternate layers of cabbage and meat in the pot. Salt each layer. Combine bouillon cubes with water and bay leaf. Pour water mixture over meat and cabbage. Bring to a boil and then reduce heat, cover and simmer for 1½ hours or until meat is tender. Before serving, remove bay leaf and sprinkle with parsley.

In a heavy saucepan, melt butter. Add cabbage, apples, onion, caraway seed, salt, syrup, vinegar, and water. Cover and bring to a boil while tossing lightly to blend. Reduce heat and simmer 45 minutes or until tender while stirring occasionally. Add water if needed. Remove cover during final 10 minutes to allow excess liquid to evaporate. Best served with ham or fowl.

1 cup half and half

Cook turnips in just enough salted water to cover for 30 minutes or until tender. Drain and mash. Stir in 1 cup bread crumbs, half and half, sugar, pepper, and nutmeg. Taste and add salt to taste. Stir in beaten eggs. Grease a 9-inch round cake tin, 2 inches deep, with butter. Coat tin with 2 Tbsp. bread crumbs. Spread turnip mixture in pan and sprinkle with 2 Tbsp. bread crumbs. Dot with butter. Bake in a 325-degree oven for 1 hour or until slightly brown.

Sprinkle seasonings on chicken pieces. In a skillet, melt butter and brown the chicken. Add onion and wine, and cook while covered for 30 minutes or until tender. Remove from skillet. Cook mushrooms in remaining butter. Then add soup, hot sauce, and jelly to the chicken. Mix well and heat thoroughly.

Cut cucumbers in thin slices. Place in a bowl and sprinkle with salt. Add onion. Remove juices from cucumbers by pressing with a heavy plate. Drain. In a bowl, combine sour cream, vinegar, and sugar. Pour over cucumbers and blend thoroughly. Pepper, to taste. Refrigerate.

Cut apples in half crosswise. Remove core and seeds from center. Place halves, cut side down in a baking pan, and add water. Bake in a 350-degree oven for 20 minutes. In a skillet, fry ½-inch cut bacon until crisp. Drain on paper towels. In a bowl, combine bacon drippings, salt, and caraway seeds to drained sauerkraut. Remove apples from oven and turn with hollow side facing upwards. Fill each apple with ½ cup sauerkraut mixture. Return to oven and bake 10 additional minutes or until heated through. Remove from oven and sprinkle tops with bacon pieces.

Melt butter and saute onion. Brown the rice. Add mushrooms to browned rice and allow to simmer a few minutes. Add rice and stir until butter is absorbed. Add broth gradually to keep rice moist. When broth has been absorbed, rice should be tender. Dissolve saffron in warm stock and add to rice. Salt to taste. Grate cheese over top when serving.

In a skillet, melt shortening and fry the onions until lightly browned. Add veal and flour and fry until lightly browned. Stir in the milk, salt, and pepper, and simmer until thickened. Stir in parsley. Remove from heat and set aside. In a mixer bowl, beat the egg yolks. Add sour cream to the yolks and beat well. Stir in the flour and salt. Beat the egg whites until stiff and fold into the yolk mixture. In a well-greased 9-inch pie pan, pour half the egg mixture. Top with half the cheese. Bake in a preheated 400-degree oven for 10 minutes. Remove from oven and evenly spread veal mixture over the top. Pour remaining egg mixture over veal. Bake additional 15 minutes or until golden brown. Top with remaining cheese and return to oven for melting. Serve with sour cream.