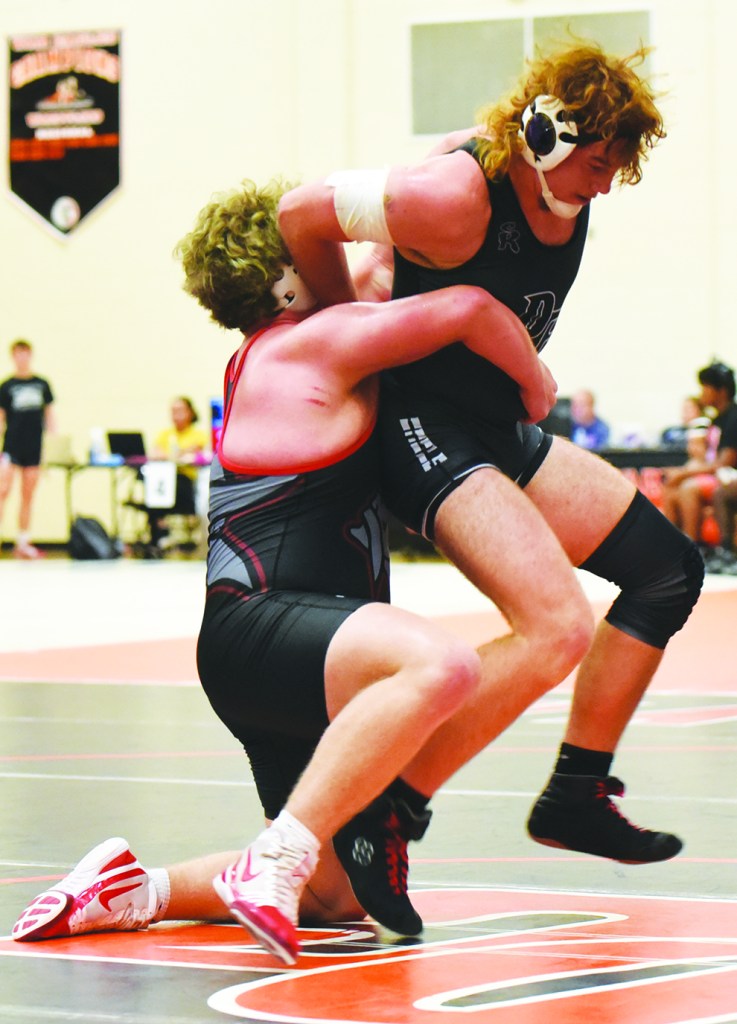 Davie’s varsity wrestling team added to its early-season success in the Jim King Invitational at Orange on Dec. 2-3. After finishing second and first in earlier tournaments, the War Eagles took fourth out of 23 teams despite only filling spots at 126, 132, 170, 182, 220 and heavyweight.

“We wrestle just like we practice,” coach Perry Long said. “They make young mistakes, but we practice hard and we wrestle hard.”

Hunter Testa is off to an incredible start at 182. The junior went 4-0 with four pins at Orange to run his record to 12-0. Included are 11 pins and one win by disqualification. That means he’s scored maximum points every time he’s hit the mat.

Davie coaches said before the tournament they don’t have to worry about Testa staying motivated.

“He takes it one match at a time,” Long said.

Brysen Godbey had a typical day at the office, going 3-0 to claim first at 220. Even though he usually gives up 20-plus pounds, he’s 8-0 on the season.

“He actually moves better now,” Long said. “He practices with Testa a lot and you can see him moving better on his feet. He knows by being light he can’t get caught underneath those guys. But he’s going to outwork them and his footwork is better than most of the 220s.”

“We had high hopes that (Hire) was going to produce,” McKnight said of the team’s lone senior. “He wasn’t far from making the state (tournament) last year in the toughest region there was.”

It was also a productive weekend for junior Jerred Alexander. He went 2-2 at 170 – both wins were pins – to leave with a 9-3 season record.

“He still makes mistakes, but he’s one of those that’s not going to quit,” Long said.

Before Davie headed to Orange, Long said sophomore Luke Miller (4-3 at 138) was among the biggest surprises of the young season.

“He didn’t wrestle a lot last year, but he got a starting spot, he goes hard and he’s not going to quit,” Long said. “Everybody he pinned (in a tournament at Alleghany), he hit them with a cradle. He’s going to stay with what works for him. You can be beating him to death, but if he gets one shot at you, he’s going to finish it.”

“You better not let him hit a cradle,” McKnight added.