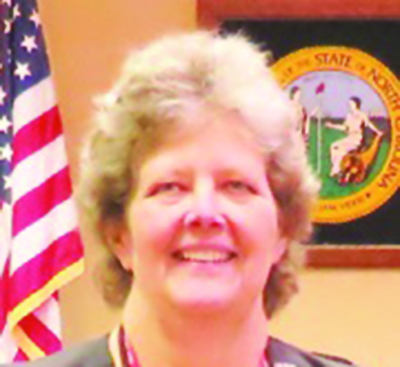 She was born June 3, 1954 in Rowan County to the Claude Thomas and June Marion Hicks. Ms. Hicks graduated from Davie High School. She was a juvenile court counselor in Davie County in 1970, and implemented Youth Encounters and was an advisor for Teen Court, before attending law school. Prior to attending Wake Forest University, she had worked for the Davie County Sheriff’s Department. Ms. Hicks graduated from Wake Forest University with a degree of Juris Doctor in December 1982. She became a member of the NC Bar Association in August 1983. It was in that same year that she opened her law firm where, through the years, she took on many cases to try to help protect the rights of the less fortunate.

Ms. Hicks was a lifelong member of First United Methodist Church Mocksville where she enjoyed singing in the chancel choir and the praise band, teaching Sunday School, helping with VBS and many other activities of the church; such as single-handedly building the history room.  She was a certified lay speaker of the Methodist Church and spoke at numerous churches as a lay speaker. Ms. Hicks was a member of the 4-H advisory board.

She had served on several committees for Boy Scouts, had been a den mother, assistant scout leader for Mocksville Cub Scout Pack 574, Boy Scout Troop 505, as well as supervising numerous outings and events.

Perhaps she is best known for her work with the Veterans. In 1997, while working with the scouts, she realized there was not a local Veterans Day ceremony; so she organized the first one, which consisted of a few people on the Square and the scouts standing with their hands over their hearts. The event has grown larger over the years with music and dozens of observers honoring all Veterans. Ms. Hicks always remained humble through the years, preferring to mention those who helped make the event special, from music from the high school band, to the young men who played taps, to Col. Terry Hales leader of the Davie County ROTC and many others. She felt it necessary to thank those who had served for our freedom. Ms. Hicks knew the event would continue since the event had been so well supported.

She was awarded The Order of the Long Leaf Pine in January 2017, one of the most prestigious awards given by the governor for exemplary service to the state and community above and beyond the call of duty.

Survivors include: sons, J.J. Byerly and Will Byerly; and several cousins.

A funeral service will be conducted at 11 am., Thursday, Dec. 1 at First United Methodist Church with Rev. Lori Anne Bowen officiating. The service is available to view on the funeral home website. A private family interment will follow in Rose Cemetery. The family will receive friends at the church one hour prior to the service.