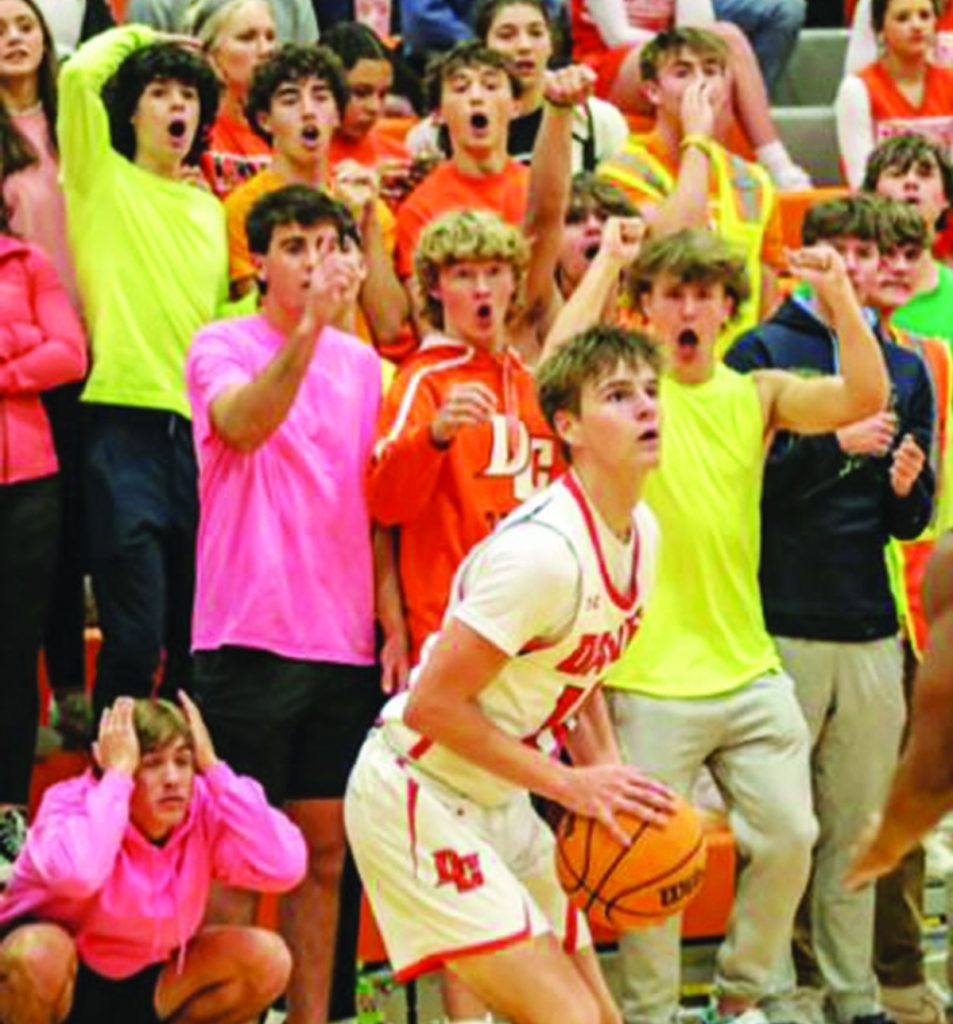 Williams wanted to prove something as a senior, and a 15-point first quarter was his evidence. The guard’s ridiculous start sent the War Eagles to their largest victory in six years, 61-15 over the Vikings, in Josh Pittman’s debut as Davie’s coach.

Before we get to Williams’ first quarter, here’s some perspective. As a JV freshman, he averaged about four points per game. He missed his entire sophomore year with an injury. As a varsity junior, he scored 18 points in 12 appearances and did not get off the bench for 12 games. Throughout the offseason, Williams was on a mission to make his mark as a senior and also let out some demons.

Williams missed his first shot, but with 6:43 on the first-quarter clock, he buried a 3-pointer from deep on the right wing. Forty-eight seconds later, he launched a 3 from the left wing from about 22 feet. Splash.

Actually Davie as a whole was on fire. Coleman Lawhon put in six of Davie’s first 12 points. Burke Rosenbaum’s first varsity shot was a floater that dropped through the net. Jackson Powers nailed a 19-footer. And when Lawhon sank a 3, Davie had made seven consecutive shots.

But this will be remembered as The Hayden Williams Game. With 2:52 left in the first quarter, he drained a triple from the left wing well beyond the arc. At the 1:22 mark, Williams fired from the right wing in front of South’s bench. Swish. Lawhon got a steal and found Williams, who tried a pull-up 3. Count it. At this point, with Davie ahead 28-4, fans were ready to blow the roof off the gym.

Williams scored 15 points in five minutes, 53 seconds by going 5 of 6 from 3-point range. Pittman gave Williams a rest with 17 seconds left in the quarter and fans gave him an ovation.

“It felt like an out-of-body experience with how high the adrenaline was,” Williams said. “The energy was through the roof for everybody.”

“I’m happy for him because I know he was buried on the bench last year,” Pittman said. “His confidence was shot. To see him bounce back like that and to see the ball drop for him, those are things you love to see. I’m extremely happy for him. I couldn’t care less about the first (Davie) win for me. When I see his face and the joy he was having, I could tell he was enjoying the game again.”

Lawhon was a stud, amassing nine points, five steals and four assists in the first quarter alone. He assisted all but one of Williams’ 3s in the first.

In the second quarter, Ian Koontz showed his mid-range ability. With a defender in his chest, the 6-4 junior forward used a spin move to gain space and sank a 15-footer. Koontz dished to Ethan Ratledge on a pretty fast break. Later in the second, Koontz converted another 15-footer.

While nobody knew quite what to expect from the young War Eagles – Williams and Rosenbaum are the only seniors, and they’re adapting to a new system under Pittman – it couldn’t have started any better. A number of guys made positive impacts and the crowd rose to the occasion.

“Like I told them before the game, we’ve put the work in,” Pittman said. “If you put the work in, you’re going to get results eventually. They have completely bought in. It’s a testament to the (preseason) work. I believe in the work.”

Williams finished 6 of 9 from downtown to give him 18 points, and he added five rebounds. Lawhon’s sparkling line included 13 points, nine steals, six assists and four rebounds.

“I honestly think (Lawhon’s) a conference-player-of-the-year type player,” Pittman said of the junior point guard. “He could have had 20-22 points. He could have a real big year.”

“When Jackson gets his basketball legs, he’s going to help us out more,” Pittman said. “I was happy guys like Gavin and Landon got in the game. Those young guys getting in was huge for us. Hopefully they can build on their confidence.”

The Vikings, who went 5-17 last year and are lugging a nine-game losing streak, were cannon fodder. The War Eagles will obviously face tougher competition, and that’s why nobody was taking a victory lap after the final horn.

But still: It was quite a moment for Williams, Pittman and the new-look War Eagles.

“I’m ecstatic about where we can go,” Pittman said. “Anytime you hold a team to 15 points, you’re doing something right. The help defense and talking were there all night long, and that helped us even when we weren’t scoring.”

Notes: Davie led 42-6 at halftime and 53-12 at the end of the third. … This was the largest win since February of 2017, when Davie thrashed Forbush by 46 (84-38). … On the board in the locker room, Pittman had an in-depth scouting report on certain South players. He said he would have the same thing for West Wilkes four days before Davie hosted the Blackhawks. “They knew the strengths and weaknesses of every player,” he said. “That’s how I was taught as a (17-year) pro, so that’s what I’m going to give them.”