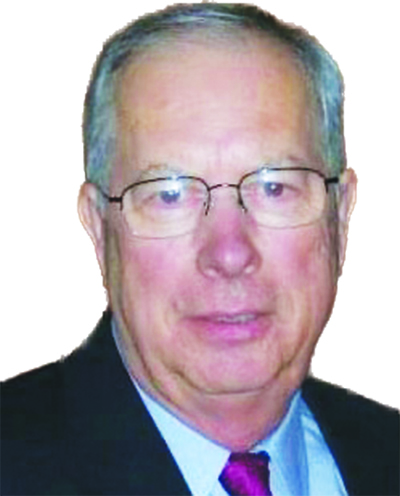 Carl Humphrey was born on June 16, 1939 to Edwin and Ruth Humphrey in Saddletree, NC. He passed away peacefully in his sleep early in the morning on Nov. 20, 2022.

Carl grew up in farming country in Robeson County, NC, with an older sister, Margie, and an older brother, Worth. He attended Campbell College (now University) for two years before transferring to his beloved East Carolina University in Greenville, NC. While there, he was active in Theta Chi fraternity and met the girl of his dreams, Beth Harris of Bailey, NC. After a two-year stint in the Navy where he steadfastly protected coastal Maine from enemy invasion (and having fun misadventures with friends he would never fully confess to), he and Beth married after her graduation in 1962. By 1972, they settled down in Mocksville, NC. They remained there until 2014 when they retired to Wilmington, NC.

Carl led an active life, full of love and success. His professional career was spent in the textile industry, mostly with Hanes Knitwear and Sara Lee Knit Products. He was also very active in the Mocksville and Davie County community, serving as President of the Chamber of Commerce for two terms (1976 and 1977), on the Board of Trustees for First United Methodist Church of Mocksville, on the Board of Directors for the local branch of BB&T bank, the Rotary, the Lion’s Club, and as a long-time supporter for the Special Olympics. Somehow, he also found time to become a Little League coach (1977), a private pilot (1978), and a regular volunteer with Special Olympics, Relay for Life, and a host of other local causes. In retirement, he served as a relief postal deliveryman, where he managed to meet just about everyone in Davie County and their dogs. Refusing to stop serving his community, he won election as a County Commissioner for Davie County for 2010-2014, proudly serving as Chair in 2014. Upon retirement to Wilmington, he and Beth immediately joined Grace United Methodist Church.

More than any of his other accomplishments, though, he was a proud and loving father to two sons, Scott Humphrey (Kris Cassino), of Palm Beach Gardens, Fla., and Dean Humphrey (Jennifer Humphrey) of Wilmington, NC, and grandfather to Matthew Humphrey, Hannah Humphrey, Braden Humphrey, and Bennett Humphrey, and step-grandfather to Nicholas Cassino. He also loved a long list of nieces, nephews, cousins, and more. Within the immediate family, he was without a doubt the best fisherman and rib chef, the second-best bridge player (a point he was happy to argue with you about), and the third best lawyer (despite never having spent a single day in law school or practice). He loved his family, his friends, and everyone he ever met. He was always there for them if they needed anything.

Carl is preceded in death by: his loving wife, Beth; his parents; his siblings and their spouses; and his in-laws Fred and Agnes Harris of Bailey, NC.

He is survived by his sons, his grandchildren and step-grandchild, and the many family members and friends he collected in his life.  He loved them all without question or reservation.

There will be a Celebration of Life at 11:30 a.m. on Wednesday, Nov. 30 at Grace United Methodist Church on 401 Grace St., Wilmington, NC, followed by a reception with the family at the church.  In lieu of flowers, the family asks that any memorials be made to Lower Cape Fear LifeCare, 1414 Physicians Drive, Wilmington, NC 28401.