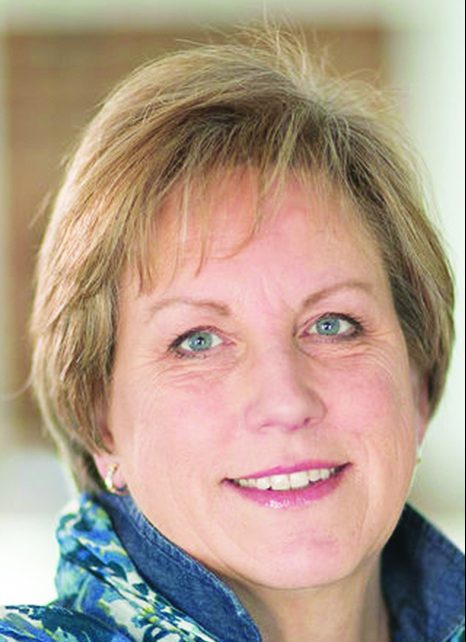 Celebrating its 28th year in Davie County, Habitat-Davie has gone through restructuring and reorganization after COVID, and will be moving forward in turbo speed, according to executive director, Tamara Taylor.

‘We build houses, but we serve homeowners. We are a hand up, not a handout,” she said,.

Habitat-Davie was an outreach project of 1992 Leadership Davie. Through the years, there have been 19 new construction homes, 2 rehabs, and 5 critical repairs for families in the community. Most recently, three of the homeowners have paid their mortgages off early, which proves the ministry program works, Taylor said.

These are three bedroom/two bath single-family homes. Costs of construction is based on sponsorships by businesses/corporations, in-kind donations by vendors, volunteer services by the community, as well as sweat equity the homeowner must put in towards their own home.

“Affordable housing is a major concern with all the new businesses and large corporations coming to Davie County. Habitat can help fill the gap of workforce housing, Taylor said.

For example, a family of four, with an income between $30,800-$61,600, is eligible for a Habitat home, if they meet the program criteria of need, ability to pay, and willingness to partner.

“The future looks very bright for Habitat-Davie because we have made a commitment to the Davie County community. This commitment is multifaceted.

“For 2023, we will be building two new homes. We will also be advocating for workforce housing by presenting to government officials, building rapport with HR departments of area companies that will recommend future homeowners, solicit sponsor partners for home builds, and engage volunteers throughout the community.

“In addition, and most importantly, we will be opening our affiliate campus in Spring 2023 which will include the ministry offices and the ReStore at the Shoppes at Bermuda Quay, creating a physical presence in Davie.”

Two new staff members who along with the executive director, have more than 34 years of Habitat experience. 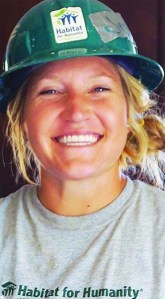 Jessie Elmore is the new director of operations. Originally from Wilkes County, she spent the last 15 years living in Raleigh.

An NC State graduate with a zoology degree, she enrolled in the AmeriCorps program with Habitat for Humanity of Wake County. For two years, she led volunteers in the construction of homes around Wake County before being hired as a full-time staff member.

Elmore worked for more than nine years for Habitat-Wake, serving more than 800 families. As the director of construction, 34 homes were built her last year there.

“In the summer of 2022, I made the decision to move back to the western Piedmont and was offered the opportunity to join the Habitat-Davie team,” she said. “I am very excited to get Habitat-Davie building and serving families again. I am especially excited about meeting and leading the wonderful volunteers thawhot are going to help make it happen. Contact me for builds, contractors, home/land donations, volunteering, and sponsorships at jessie.elmore@daviehabitat.org.” 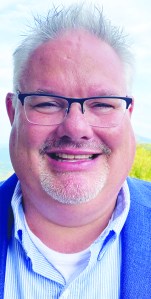 He started his Habitat journey in Charlotte and helped grow ReStores to where they were netting over a $1 million a year. He then came to Forsyth County to help grow their ReStores.

“When I got to Forsyth, they only had one ReStore bringing in around $500,000. After only 10 years, we opened four ReStores and we were bringing in over $3.5 million a year to help people with affordable mortgages.

“Now, I’m here in Davie County with the same goals to open an awesome ReStore that will generate income for Habitat-Davie so that our community can have affordable mortgages for families that need them. Contact me for homeownership and/or ReStore donations/volunteering at dwayne.thompson@daviehabitat.org.

Taylor is a fourth generation Davie native, with her children being the fifth generation.

“There is no place like Davie County,” she said.

Taylor is a graduate of Catawba College who has had a varied career.

“I finally found my purpose,” she said. “Habitat-Davie has been great opportunity for me to take my past experiences and use them for good. Serving as executive director since 2019, I have had the pleasure of serving along side of long-standing board members who were involved in the grassroots of Habitat-Davie.

“I’ve also been intentional in our new board members by soliciting those with specific gifts/talents and professional expertise, which is vital to the growth and sustainability of any non-profit organization. I am very excited about what Habitat-Davie will be a year from now, five years from now, and further into the future. I believe with community support, awareness, and advocacy, Davie County can become the answer to fill the gap of affordable homeownership for our workforce families.”

Contact Taylor to become partner,  to serve on a board  or to network: director@daviehabitat.org.

“We always need your time, talent, and treasure,” Taylor said. “Since closing our ReStore two years ago, we have been without regular income to help build homes. In addition, the pandemic has impacted our ability to build and do actual fundraiser. If you would like to make a financial contribution to our mission, you by do so by mailing a donation to: Habitat for Humanity of Davie, PO.Box 1384,  Mocksville, NC 27028; or send a donation through VENMO @Habitat-Davie.