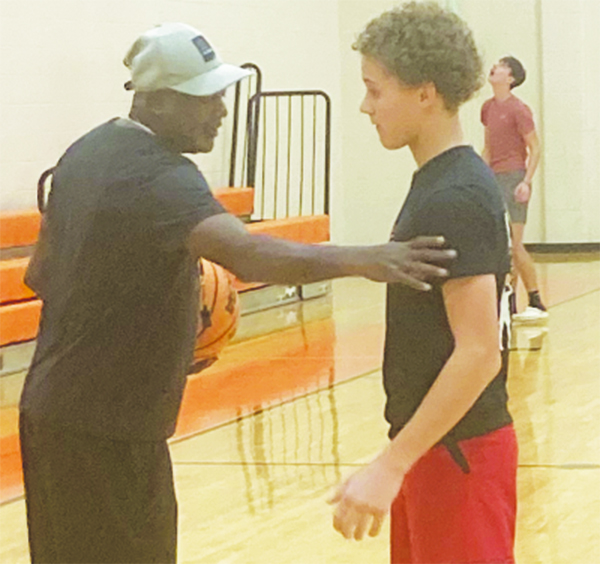 Even though Tracey Arnold didn’t return a single player from the Davie JV boys basketball team that went 16-4 last year – most of those guys are now on varsity – his new squad walked into the season with swagger.

The 13-man roster is overflowing with solid talent, and varsity coach Josh Pittman is already salivating about the future of his new program.

“They have a lot of kids that are going to be pretty good,” Pittman said. “You’ve got Ethan Driver, Elliott Erlandsson, Cameron Owens, Brady Vallance … We’ve got some decent size with Thomas Essic and Adam Brown, so it’s a lot of potential on that squad. I think Isaac Swisher is still growing. I like Cameron (Owens). (Vallance) can play. He’s smaller, but he can play.”

And then: “They are hungry. A lot of those guys were coming to (offseason) workouts. They get after it and I like that about them. They seem to have a little swag to them.”

Arnold is confident he has reloaded after going 10-4 against conference opponents last winter.

“I should be able to go 10 deep pretty easily,” the second-year JV coach said. “I’m excited for the season. I feel like we’re going to have a pretty good team.”

Swisher, Erlandsson, Owens and Driver drew raves from the coach.

“(Swisher, a 6-6 freshman) is coming off a (football) knee injury,” Arnold said. “Now I’m trying to get him in shape. He’s been looking pretty good in practice. He’s probably going to be our five. He’s pretty skilled. He’s got a soft touch, he runs the floor and he plays hard.

“(Erlandsson) is a shooter. He’s a stretch-4 and he’ll play some five. He can shoot, so he will be a pick-and-pop guy and play on the perimeter.

“Cam (Owens) was the leading scorer on the freshman team and he’s been playing real good. I may run him at the point. If somebody else is ready to take the point, I can move Cam off the ball to the two.

“(Driver’s) a shooter and slasher. He could possibly start.”

The gap between the starters and subs won’t be large.

“(Essic) didn’t play last year, but he plays travel ball with this group,” Arnold said. “He came back this year and he’s been looking real good in practice.

“(Vandeweerd) is a hard worker. He’s a scrappy player. Vandeweerd and Patton are scrappy players and get on the boards. They do a lot of the dirty work.

“Connor is trying to get football off of him right now. He doesn’t have his basketball legs yet. His game is driving to the hole.”

The list goes on. Say hello to Bomar, Jackson Sulecki and George Sakai.

“Jackson is small, but he can light it up,” Arnold said. “He’s got a nice stroke. George works hard. He wants to guard whoever the best player is. So he’s full of energy.”

Bomar is a hyperintelligent guard.

“He played some point last year for the freshman team,” Arnold said. “He’s a real smart player. He has a high basketball IQ. He’s not real quick, but he understands the game. He knows how to read defenses, a very heady player.”