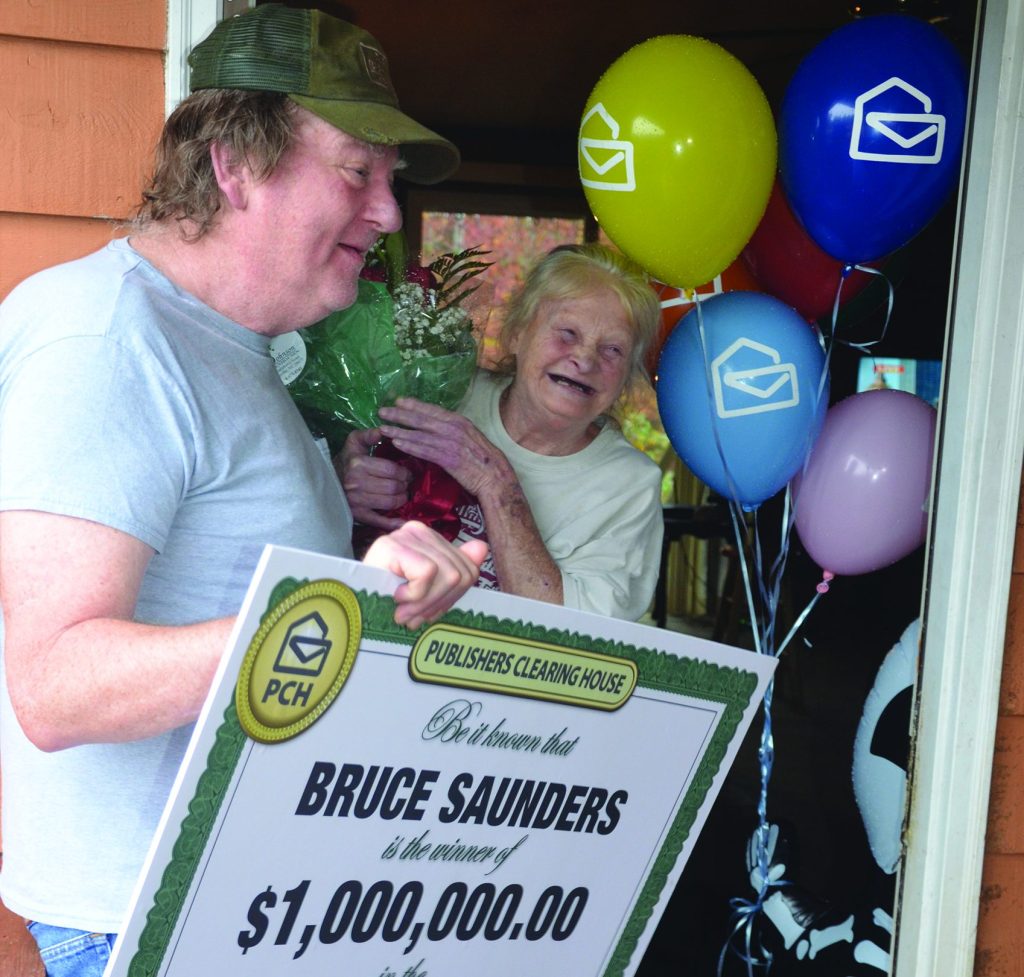 It was a normal rainy Monday afternoon for Bruce and Susan Saunders of the William R. Davie community.

They were in their home, watching the news on the television, with Bruce making entries into Publishers Clearing House contests.

Then there was a knock on the door.

Bruce knew exactly who was standing on his porch off Duke Whittaker Road. It was Dave Sayer, executive director of the Publishers Clearing House Prize Patrol. 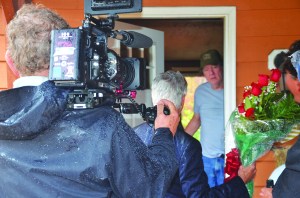 “I’m holding back the tears, because we can barely buy groceries,” he said. “I’m so excited, at a loss for words.”

Disabled since a traffic accident in 2003, Saunders is a regular player of the Publishers Clearing House games.

“Don’t ever give up,” Saunders said. “Hang in there because I’ve just found out that these guys are for real. I get as many entries in that I can, seven days a week.”

He’ll keep making those entries, as well, as there is no limit to the number of times someone can win, Sayer said.

The couple has unpaid medical bills, and this will help, he said. They’ve put off trips to the doctors for medical problems because of the lack of money.

“This will help beyond words,” he said. “Yee haw.” 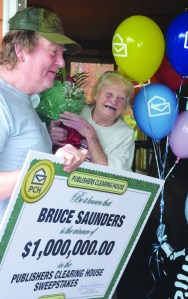 Susan said their first call would likely be to her sister, who wouldn’t believe it, and the next to the neighbors to tell them what all the hub bub Monday afternoon was about.

“This is the biggest shock of my life,” he said. I’ll probably be smiling for a year.”

Best shock, yes. Best thing that ever happened to him, no. That was the day he married his wife some 33 years ago.

“We’re going to help as many people as we can. Thank you Publishers Clearing House and thank you, Father God.”

According to Publishers Clearing House, someone wins a prize about every five minutes from the company, which started in 1953 as a magazine subscription agency and has morphed into an interactive media company offering products and services. The games and sweepstakes keep the customers coming back, Sayer said.

The company emphasizes that all winners of prizes are selected randomly, and no purchases are required to enter. 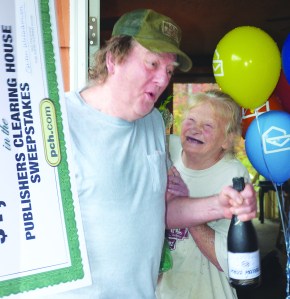