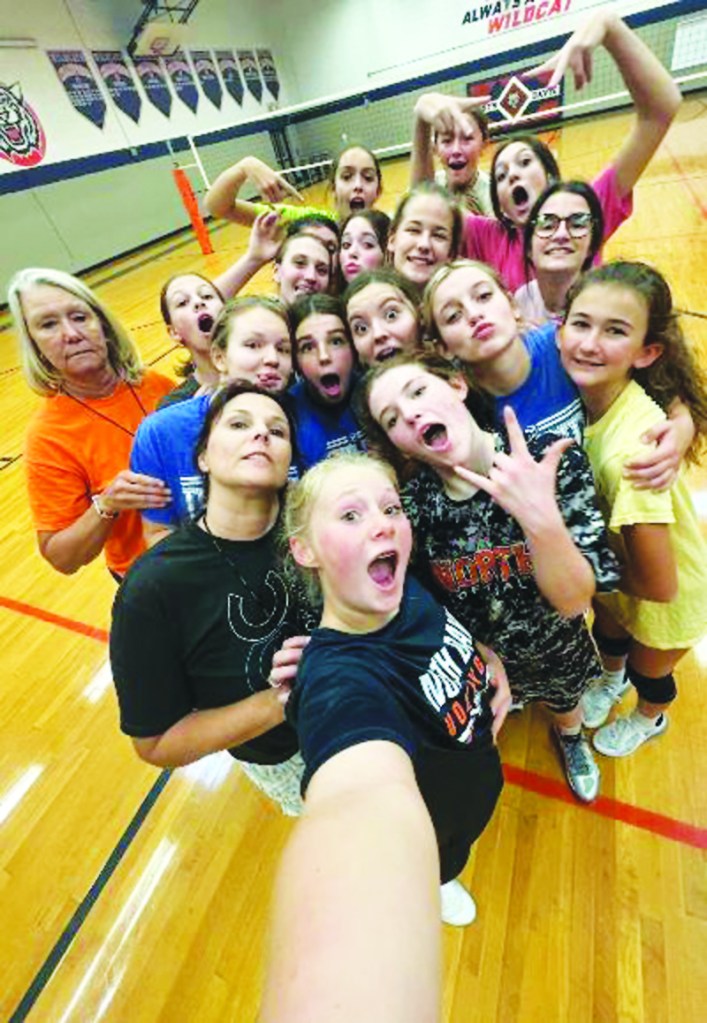 The North Davie volleyball team beat North Carolina Leadership Academy and Ellis last week to push its record to 8-4. Who’d have thunk it back on Sept. 13, when the Wildcats were 1-4?

“This has been a great group to coach,” coach Trish King said. “We changed our rotation after the first four matches and it has made a big difference. These girls have formed a tight bond and their chemistry is fantastic. It’s the perfect time to be peaking.”

A little over a month after losing to NCLA in three sets, the Wildcats won 2-1 in Kernersville on Oct. 4.

“We have really improved during the season,” King said. “I’m excited to see what’s in store for the next three weeks.”

Two days later against visiting Ellis (6-4), the Wildcats, who lost in two sets to Ellis on Sept. 6, delivered another redeeming performance. They beat the Jaguars 2-1 for their seventh straight win.

“It was an intense match,” King said.

North’s setters are Bella Bailey and Caroline Mitchell. The outside hitters are Hayden Gavura and Maddie Ratledge. The middle hitters are Olivia Shue, Alyssa Hinson and Chesney Keaton. Avery Cuthrell plays libero and Carington Pitcher is a defensive specialist.

“They all play pretty equally,” King said. “Hayden and Olivia have been on fire at the net. Bella has been a consistent server and has really improved as a setter and defender. Her digs and reaction time at the net have kept us in a lot of matches. Maddie has been a great leader. Avery has also been crucial as a passer on the back row. I am able to count on her to get the ball to the setter.”

North is not the only red-hot team in the county. South Davie (9-2) has a five-match winning streak after pulling out a pair of three-set battles last week.

The Tigers won at home over Ellis on Oct. 4. Two days later, they won at home against Wesleyan Christian Academy, flipping the script from Sept. 6, when the Trojans topped South in three sets.