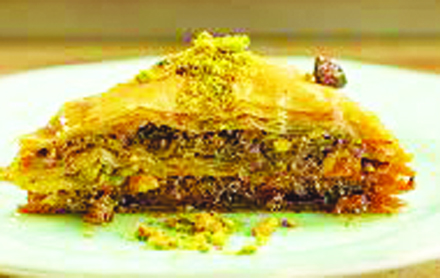 Something about fall makes me feel nostalgic. It’s my favorite season. A favorite childhood recollection is the arrival of the county fair. I anticipated the event with the same eagerness and enthusiasm a child looks forward to a holiday.

I slip into my oldest, faded blue jeans and scuffed leather boots, topping the outfit with a worn cowboy hat. My excitement builds – I can hardly wait to walk down the midway and take in the earthy smells of livestock. Later, I’ll enjoy those delicate tastes – a foot long corn dog, cotton candy, caramel apple, or other food reserved only for those with more discriminating palates.

My friends look at me in utter bewilderment when I tell them I’m excited about the fair. It was a great revelation when I realized everyone didn’t look forward to it like I did. As I was getting ready to leave, I thought, if only friends could see me now – they’d hardly recognize me. Some don’t understand fair language, known as carney talk, that one must understand to appreciate the experience. Most folks would think floss has something to do with oral hygiene, but it means cotton candy at the fair. A portable concession stand made from rough lumber and canvas is called a stick joint.  I can’t imagine what that term would cause wild imaginations to conjure up. I guess all folks really need to know is to steer clear of flat stores – games set up to cheat you as quickly as possible.

The history of the Carolina Classic Fair in Winston Salem is a little sketchy. Historians say it was created in the fall of 1882 as community leaders became interested in launching new agricultural exhibits to help enhance the farming image of the county. The fair became dedicated to the growing (display) of grains, particularly wheat – most unusual for a town interested in tobacco growth. The first fair was held in the Brown Warehouse, located at Main and Fifth streets, where Reynolds Plaza is now. Later, as the fair expanded, farmers who raised cattle saw opportunities. The livestock exhibit became one of the first cattle fairs in North Carolina. The fair also included the state’s largest exhibition for tobacco quality. In 1987, the Tobacco Fair was described as the “greatest, grandest, and most glorious epoch” in the history of Winston-Salem.

The event was strengthened by the support of prominent local families such as the Hanes, Galloways, Norfleets, Reynolds, and Shaffners. In the early 1950s, Charles Babcock donated property for new fairgrounds, and the location was moved to its current site. Later, the old name was changed for a new, more regional one – the Dixie Classic – and now called the Carolina Classic Fair.

Since 1963, James E. Strates shows have worked for the fair. At one time, there were more than 75 rides and shows. Strates is the only carnival that traveled by its own railroad company. Today the Carolina Classic is a leader among the state’s agricultural fairs. It draws crowds from more than 20 counties in North Carolina and more from Virginia.

My favorite things are still the same: I love fair foods – and all the smells that make one’s mouth water. I enjoy seeing premium blue ribbon winners of food and produce contests and educational exhibits. Special attractions such as demolition derby, stunt shows, and tractor pulls are exciting. I especially like the livestock exposition with whiffs of pure farm scents. Mostly, I enjoy the games, side shows, and thrill of the rides. Nothing is more exciting than being on the top of the Ferris wheel at night. From here, thousands of dazzling multi-colors light up the midway. And you get a grand view of downtown Winston-Salem.

After we returned home from the big event, my grandson asked me if we could go back. I smile as I realize this will be another tradition for him as it has been for me. The fair will be over tomorrow and I’ll resume my day-to-day dress. I’m grateful for the ability to love and enjoy the simplest pleasures. Let’s make it a priority to stay in touch with the kid in each of us and not let the old creep in.

In a saucepan, combine water and sugar. Heat until sugar dissolves. Add peanuts. Cook while constantly stirring for 15 minutes or until sugar coats peanuts. Spread on a greased baking sheet. Bake in a 300-degree oven for 30 minutes.

In an 8 x 12 baking dish, layer several phyllo sheets at the bottom of the dish. In a bowl, combine flour, brown sugar, cinnamon, pecans, and butter. Layer mixture between phyllo leaves – beginning and ending with phyllo until you’ve used it all. Before baking, cut diagonally in pieces. Bake in a 350-degree oven for 30 minutes. Remove from oven and completely cool. In a saucepan, heat honey and water. Pour over cooled baklava.

In a 4-quart bowl, microwave butter on high 1 minute or until melted. Add sugar and milk, and mix well. Microwave on high for 5 minutes, stirring at 3 minutes, until mixture begins to boil. Mix well, scrape bowl, and microwave 6 more minutes, stirring after 3 minutes. Stir in peanut butter chips until melted. Add marshmallow cream and vanilla. Mix well. Pour into a greased 13 x 9 pan. Cool at room temperature. Cut into squares.

In a large pan, simmer cider, allspice, cinnamon, and cloves for 20 minutes. Stir in lemon and orange juices, and continue to simmer until ready to serve. Add desired amount of brown sugar to sweeten to your taste. Strain when serving.

In a mixer bowl, cream butter and sugar. Add eggs one at a time, thoroughly beating between each addition. Add flour, soda, salt, ginger, and cinnamon while alternating with molasses.

In a saucepan, combine sugar, salt, water, molasses and vinegar. Cover and bring to a boil over medium heat. When boiling, uncover and cook to soft crack stage at 272-degrees, then add butter and vanilla. Add nuts if you prefer. Pour the syrup over cooked popcorn and toss until cooked. Cook in a 350-degree oven for 1 hour while tossing every 15 minutes.

In a blender, combine yogurt, milk or juice, banana, honey, vanilla, and ice – adding one at a time. Blend well after each addition until smooth. You can substitute strawberries or peaches for banana when in season. Yield: 2 8oz. glasses.

In a microwave bowl, combine brown sugar and whipping cream. Microwave on high for 13 minutes. Remove from microwave and stir 2 minutes. Stir in butter and pecans for 2 minutes or until butter melts. Drop by Tbsp. on waxed paper. Allow to completely cool.

BANANA IN A BLANKET

Preheat broiler. Cut banana in half and again. Cut each half lengthwise. Place sliced pineapple between lengths of banana. Wrap with sliced bacon, and broil until bacon is crisp.

In a saucepan, melt butter. Stir in brown sugar, corn syrup, and salt. While constantly stirring, bring to a boil. Boil without stirring for 5 minutes. Remove from heat, and stir in soda and vanilla. Pour mixture over popped popcorn, and mix well. Turn into 2 shallow baking pans. Bake in a preheated 250-degree oven for 1 hour, stirring every 15 minutes. Remove from oven and pour on waxed paper. Cool completely, and then break apart.

In a pot, combine sugar and water. Heat until it forms a soft ball in water. Add the rinds and juice of 2 oranges, salt, and nuts. Stir until evenly coated. When cloudy, spread on waxed paper and separate. Store in tins when glaze is hardened.

In a saucepan, melt peanut butter and butter together. In a bowl, combine Rice Krispies with sugar. Pour melted peanut butter mixture over cereal mixture. With your hands, mix well. Form in ½-inch balls and set aside. In a double boiler, melt butterscotch and chocolate morsels with the paraffin. Stir until melted and smooth. Using a toothpick, dip balls in melted chocolate mixture. Place on waxed paper until chocolate is set. Makes nice gift.

In a 1 ½ quart casserole, stir together sugar and syrup. Microwave on high for 3 ½ minutes. Stir in peanuts, and microwave on high 3 minutes until light brown. Stir in butter and vanilla and mix thoroughly. Microwave on high 1 minute. Gently stir in baking soda until light and foamy. Pour mixture onto a greased, nonstick cookie sheet. Allow to cool 1 hour. When completely cool, break into bite-size pieces.