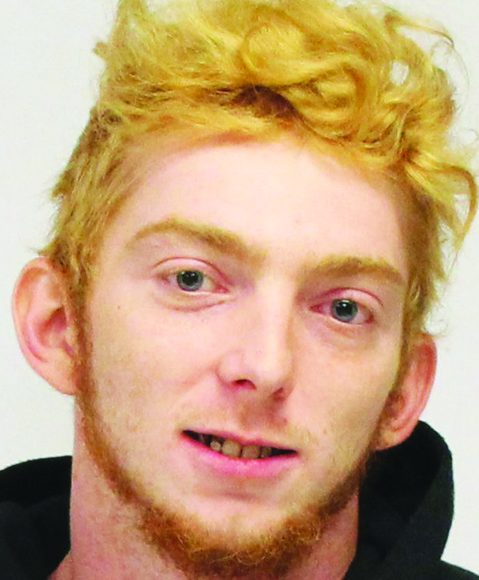 A Mocksville man was arrested last week, nearly two weeks after he is suspected of brandishing a long gun while chasing a woman who was later listed as missing.

It all happened on the property of the former Weathered Rock General Store at 3311 US 601 N., Mocksville, reported Davie Sheriff J.D. Hartman.

Michael Augustus Merritt, of US 601 N., Mocksville, was charged on Sept. 27 with injury to property, assault with a deadly weapon with intent to kill, and assault on a female. He was taken into custody on a domestic violence hold prior to a hearing in Davie District Court.

It apparently happened on Sept. 17, but the sheriff’s office wasn’t notified until Sept. 22 when a report of a damaged fence on the property came in.

The property owners showed deputies video surveillance that showed a female attempting to hide from a male, who had driven a Mercury Mountaineer through the fence to find the female, Hartman reported.

“Video showed the male get out of the vehicle and pull a long gun out with a flashlight on his forehead,” Hartman said. “The male went after the female on foot. Video shows some sort of a disturbance. The male left in the vehicle at a high rate of speed but the female was not seen again.”

Sheriff’s officers circulated photos of the woman, who was identified as Heather Fitzgerald, 33, and family and friends said they hadn’t heard from her. She was listed as a missing person.

Fitzgerald made contact with law enforcement in person on Sept. 26. She was not injured, but due to a warrant for her arrest, she was taken into custody in lieu of a $2,500 bond.

“The Davie County Sheriff’s Office would once again like to thank members of the public who provided information to assist deputies during the investigation into this incident,” Hartman said.