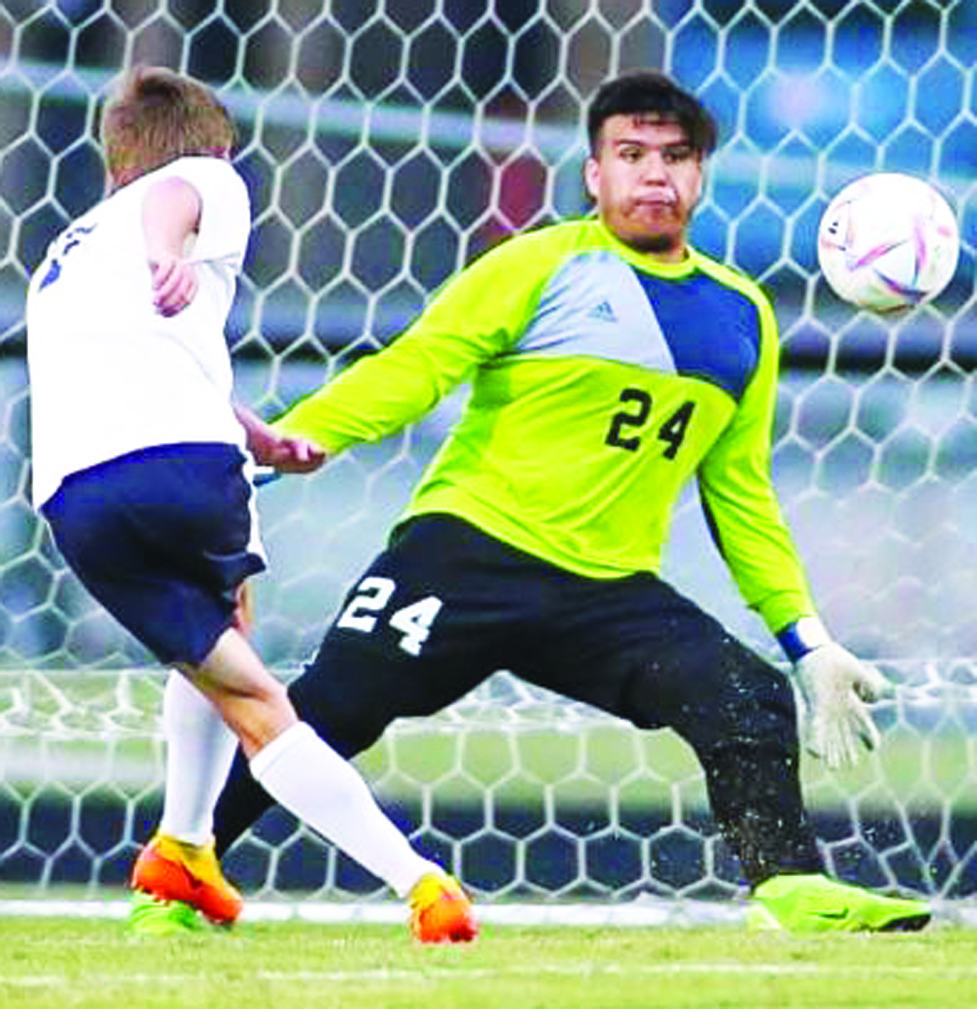 The future of Davie soccer – freshman Justin Rayas and sophomore Alex DelCarmen – looked good in the present against South Iredell on Aug. 17. The duo did the scoring in a feel-good 2-1 win.

This hard-fought win was cause for celebration for a varsity program that was starved for good news. The War Eagles went 2-16-1 last year, 2-28-1 the past two seasons combined and opened the 2022 season with a 5-0 loss at West Cabarrus on Aug. 15.

Davie took the lead for good with 17 minutes remaining and held on to give the new coaching staff of Marco Rebollar, Tyler Dinkins, Scott McBain and Nate Hinshaw their first victory in orange and black.

“It was definitely a big confidence booster,” head coach Rebollar said. “I don’t think we showcased what we can do (at W. Cabarrus) and I was glad we were able to do that (against S. Iredell). It was good to see all the pieces clicking. That was a very exciting moment.”

The halftime score was 0-0 for unlucky Davie, which attempted nine of the half’s 10 shots.

“We possessed the ball a good majority of the game,” Rebollar said. “We were knocking on the door and just couldn’t finish.”

In the second half, Rayas sent a bolt of excitement through the War Eagles with an assist from senior Peter Marks. It was the game’s first goal and Davie’s first of the season.

“Justin one-touched it,” Hinshaw said. “It was a rocket into the upper back corner. It was a great goal.

“He’s such a good kid. He wasn’t able to make it to the first day of tryouts, but he got out there the second day. When he found out he made varsity, his eyes were as big as half-dollars. His face lit up. Little did he know, he’d be starting for us the first game at forward.”

“To be on the big stage as a freshman and score the first goal was pretty cool to see,” Rebollar said.

Less than two minutes later, though, the Vikings tied it on a penalty kick. For a while, Davie was on its heels.

“We were like: ‘Oh, no. The wheels are about to come off,’” Hinshaw said. “They pressured us hard for about 10 minutes. We regained our composure and put one away.”

With 17 minutes left, Alex Tarbet set up the game-winner for DelCarmen.

“It was an awkward bounce and Alex Tarbet got his head on it,” Hinshaw said. “He headed it over the defender. He headed it again into the box and DelCarmen was there to put it away. It was fantastic.”

“It was cool to see the kids’ excitement and celebration after the game,” Rebollar said.

A gracious Rayas said: “Thanks to coach for trusting and believing in me to allow me to stay on his team. I also want to thank my teammates for their support. Without the team, I wouldn’t have been able to score that goal.”

When asked about clinching Davie’s first win in a home opener since 2013, DelCarmen said: “It felt great scoring, especially when it was the goal to put us back in the lead and eventually win the game. I struggled a bit with scoring early, but it was good to see one in the back of the net.”

Midfielders A. Tarbet, Marks, Felipe Flores and Mason Tarbet and defender Nick Ruff were a big part of the win.

“Our midfield controlled the tempo of the game, and Nick held down the back line,” Rebollar said.

“Our defense in the last 8-10 minutes was fantastic,” Hinshaw said. “They had a corner, but other than that, they didn’t sniff the net.”

Notes: Three days later, the War Eagles came back to earth, losing 6-1 to Kannapolis. The game was held at Davie Community Park. … The Wonders (2-0-1) appear to be quite strong. Before meeting Davie, they buried Parkland 9-0 and tied Reagan 2-2. … Rayas had Davie’s goal.