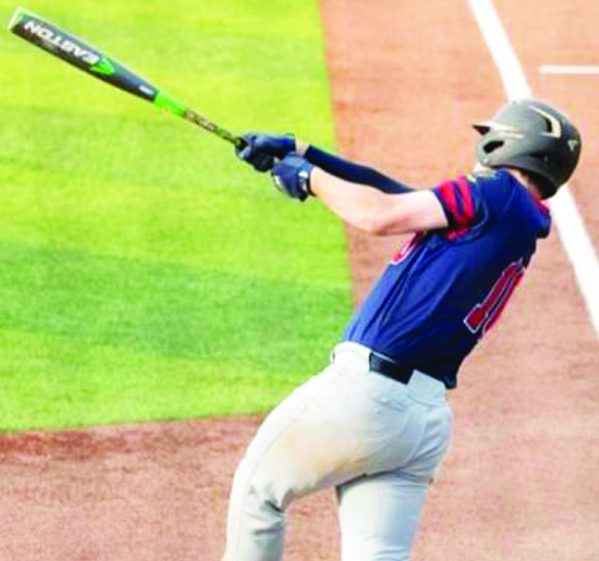 For five and a half innings, that was one of the most fun nights for the 2022 Mocksville Senior Legion baseball team.

Visiting Mocksville scored four runs before Mooresville got on the board. All nine Mocksville batters had at least one hit. It held its largest lead – four runs – since a win over Concord on June 18.

Then Post 174 suffered about as tough a loss as it’s had in a long time. Mooresville exploded in the bottom of the sixth and escaped 7-5 on June 27.

Darren Shore had one heck of a performance on the mound.

“Man, Darren kept them offbalance the whole game,” assistant coach Jacob Tutterow said. “If they got runners on, he would bear down and throw pitches in the right spot. He’s gritty. He’s got a little dog in him. He can pitch. He bears down when he needs to.”

In five innings, Shore held the Moors to three hits and one run. His team was cruising 5-1.

“Darren is a competitor,” Tutterow said. “Every time he steps on that mound, he wants to win. He’s pretty crafty.”

In the top of the first, Dan Loyd’s hit plated Parker Aderhold. In the second, Lawrence Hancock, Parker Simmons and Aderhold were on base for Blake Little, who produced a two-run single. Ryan Thiel followed with a hit to make it 4-0. In the fifth, Hunter Daywalt and Jackson Sink smacked back-to-back doubles before Hancock delivered a run-scoring single that bumped the margin to 5-1.

After facing four batters in a scoreless fifth, Shore’s night was over.

“He was around 75 (pitches) when we took him out of the game,” Tutterow said. “We were just trying to be cautious with him. He’d just thrown five days before, so he hadn’t thrown that closely back to back this season.”

When reliever Loyd retired the first batter in the bottom of the sixth, the second win over Mooresville in as many games appeared to be an inevitability … until it wasn’t.

A single was followed by an error, but Loyd got the next man and it was still 5-1 with two outs. The next sequence was brutal: single, two-run double, single, walk, three-run double by leadoff man Aiden Picciano. In a span of 11 pitches, the 5-1 lead was turned into the 7-5 deficit.

Mooresville got six runs off Loyd, who was making his first relief appearance of the season, but none were earned.

“We probably would have been out of the inning and still been up 5-1 (if we hadn’t made a mental error),” Tutterow said.

Mocksville could not seriously threaten in the seventh. After the first two batters got out, Hancock walked to keep hope alive. The next batter, though, went down on strikes.

Mocksville, which beat Mooresville by the same score three days earlier, fell to 7-14 overall and 4-5 in the Southern Division.