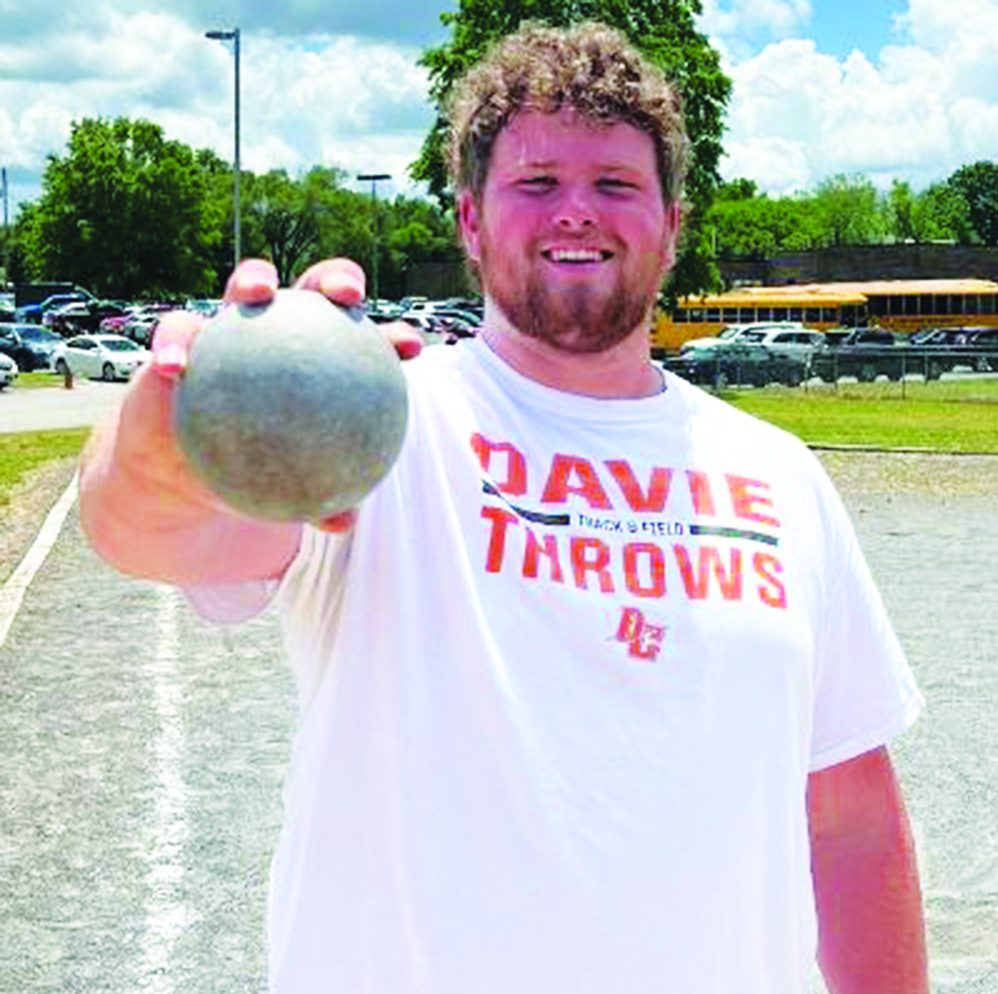 In the Midwest Regional track & field meet at Davie on May 14, Davie senior thrower Spencer Williams would have had himself a super cool moment if he had called it a day after his second throw.

At that point, he had the state record – for all classifications – in  the shot put.

But in an outrageous encore, Williams broke a 40-year-old state record not once, not twice, but three times.

“At this meet, we ran it three throws,” Williams said. “Out of the 16 throwers, the top nine go to the finals, where we get another three. It was really a surprise because my first throw was the worst first throw that I’ve had the entire season. It was 52 feet. But I was just nervous to get that first throw out of the way. I threw it and didn’t know it was as far as it was. It was an easy, controlled throw. I obviously put a little force into it. I ran over to the tape to see what my distance was, and I saw 64 near the point where they measure it from, so I had to yell over for them to get the steel tape because they have to measure it with a steel tape in order to be an official record.”

“There was a lot of celebration,” he said. “My family, my girlfriend, another one of my really close friends and a lot of church friends (were there). I had to give my parents a hug, say a prayer and thank God for it.

“It was a lot of weight off my shoulders since that had been my goal. Since I started throwing, I wanted to have a state record. Now I can relax a little bit more for the rest of the season.”

There was more history to come. Williams’ third throw went 64-10.5, so he broke his own state record.

“That was a big improvement,” he said. “I fouled my fourth throw, but it was around 65.”

Williams would add glorious punctuation. His fifth throw traveled halfway to Chapel Hill, where a full track scholarship awaits him. His new record was now 66-2.5. Imagine how rare it must be to set state records three times in one day.

“My (sixth and) last throw, I actually had an even farther throw,” he said. “It was 66.8-something, but I fouled it and it didn’t count.”

What did coach Rob Raisbeck have to say about the magical day? “He seemed like he was out of words,” Williams said. “He came over there and said I was a machine.”