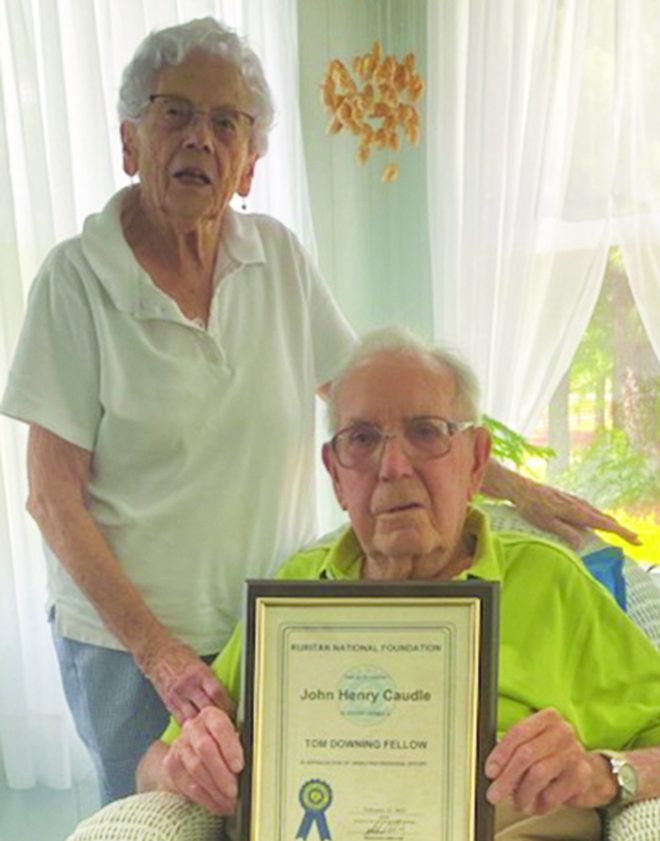 John Caudle, one of the founding members of the Farmington Ruritan Club, was recently awarded the Tom Downing Fellowship.

This award is the highest award conferred by Ruritan in honor of the founder of Ruritan. Fewer than 1% of all Ruritans receive the award, given to individuals in recognition of outstanding and exemplary service to their club and community.

From the time Caudle moved to the Farmington community in the 1950s, he has been a person who could identify problems and seek opportunities to improve the lives of people in the community, said club member, Chinera Latham.

He has been steadfast in his involvement with the local Ruritan club. His selection as Ruritan of the Year speaks to the quality of his involvmemt, she said.

Recently, he was instrumental in promoting and organizing the club members placing American flags along the roadsides in the community on national holidays. He also organized the large service flag display located at the crossroads.

“John has been a man of vision as he strives to make the community a better place.”