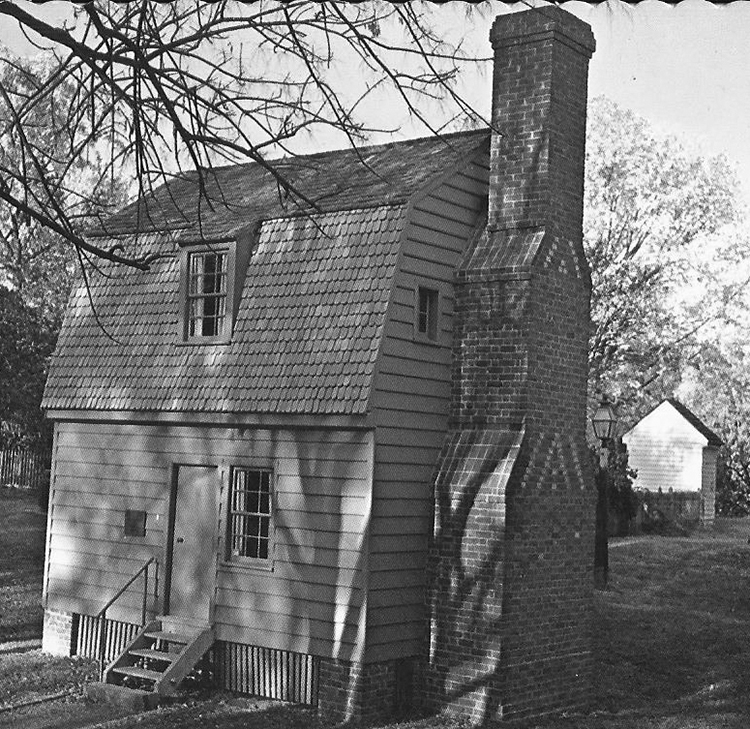 There are sites in North Carolina and Tennessee connected to the 17th President of the United States, Andrew Johnson.

Johnson, a Democrat, was chosen by Republican Abraham Lincoln to run with him as Vice President as he sought a second term. Lincoln chose Johnson because he was the only Southern senator who did not resign from his Senate seat when the Sothern states began to secede.

Soon after Abraham Lincoln and Andrew Johnson won the election, President Lincoln was killed by an assassin’s bullet. Vice President Andrew Johnson became President in 1865, even though he was poorly prepared for the position.  Johnson served as President until 1869.

Andrew Johnson was born in Raleigh. A visit several years ago to the home where Andrew Johnson was born revealed a house which had been reconstructed and looked good on the outside. It was locked, but a person in a nearby building opened the house. Inside, there was dirt, spider webs, and junk—a terrible mess. A call was made to the Raleigh Chamber of Commerce to complain because it seemed that the condition of Andrew Johnson’s birthplace was a disgrace to the state, and it seemed disrespectful to a man who had served President of the United States. The people at the Chamber said that they had no control over the property because it was under the control of Mordecai Historic Park. A call was made to Mordecai Historic Park, but there was no feedback. However, a visit to the house some years later resulted in a pleasant surprise. The property had been cleaned up and had been set up as a tailor shop.” That seems to be the condition of the property today.

Tennessee has seemed to show more pride in President Andrew Johnson than North Carolina, but, after all, Johnson was a resident of that state for much more of his life than he was of North Carolina.

When Johnson was a teenager he moved to Tennessee taking his mother and only brother with him. Andrew had learned enough while he was apprenticed to a tailor to be able to set up his own shop. He was evidently quite good at his trade and actually became fairly prosperous. Andrew married a teenage girl, Eliza McArdle, who had some education. Andrew had no formal education and it is said that his wife taught him the three rs-“readin’, writin’, and ‘rithmetic.”  She continued to work on his education as he sat at his sewing machine. If you travel 179.1 miles from Mocksville to Greeneville, Tenn., you can see Mr. Johnson’s Tailor Shop.  His shop is part of the Andrew Johnson National Historic Site set up in 1906.

As Andrew Johnson became more prosperous and had more free time, he got interested in local political issues. He actually began to make speeches on subjects about which he was interested or concerned. He was good at public speaking—he was able to get and hold the attention of his audiences. Johnson was elected to local, then state, and finally national offices. He served in the U.S.House of Representative and the Senate.  In between, he served as Governor of Tennessee.

Johnson was able to build or buy a large house in Greeneville. A visit to that house, which is fairly large is interesting because it still has the furnishings that were there when the Johnsons lived there. Andrew Johnson’s hat and vest are laying on his bed.  His razor is on the washstand, and, on a table is a horseshoe that he used as a paper weight.

In the parlor, you will see a ivory basket that the Johnsons received from Queen Emma of the Hawaiian Islands and a fruit basket which was from a group of Philadelphia school children. There is also furniture there that the Johnsons used at the White House.

The bedrooms are also open to visitors. One of the most interesting rooms is the kitchen which is on a lower floor. Some of the interesting items there: a cast-iron stove, a wooden mallet used to beat biscuits, and a meal or flour chest.This is the home that Eliza Johnson loved.  She never wanted to move to the White House, but did so because she thought that it was her duty to support her husband, the President.  Mrs. Johnson spent most of the time that her husband served as President in the upstairs family quarters. The Johnsons’ daughter carried out the First Lady duties. Mrs. Johnson had tuberculosis and really was not able to carry out those duties. What she did do was provide strong support for her husband particularly when he was impeached.  As the impeachment trial in the Senate when on, Eliza Johnson continued to believe that her husband would be acquitted.  When the trial was over and Johnson was saved by one vote, Eliza Johnson said, “I knew it!”

At the end of the term, Johnson was not chosen to be the presidential candidate of his Democratic Party. The day they left Washington for their home to Tennessee, was the happiest day that Eliza Johnson was had since she moved to the White House. She is quoted by historian William Henry Crook as saying: “I do not like this public life at all. I often wish that time would come when we could return to where I feel we best belong.”  Mrs. Johnson so hoped that her husband would be content to just live at their Tennessee home, but they was not the case. He ran again for the Senate. After failing to be elected a time or two, he was finally elected to serve as a U.S. Senator.  After serving in the Senate for a few months, Andrew Johnson died on July 31, 1875.  His body was brought back to Greeneville. Andrew Johnson was buried warped in an American flag with a copy of the Constitution of the United States under his head.  He was buried in the cemetery, which in 1906 was named the Andrew Johnson National Cemetery.  Eliza Johnson died on Jan. 15, 1876, less than a year after the death of her husband.  She is buried beside her husband in the Andrew Johnson National Cemetery.