Wanna Step Outside: Watching good dogs in the field a pleasure 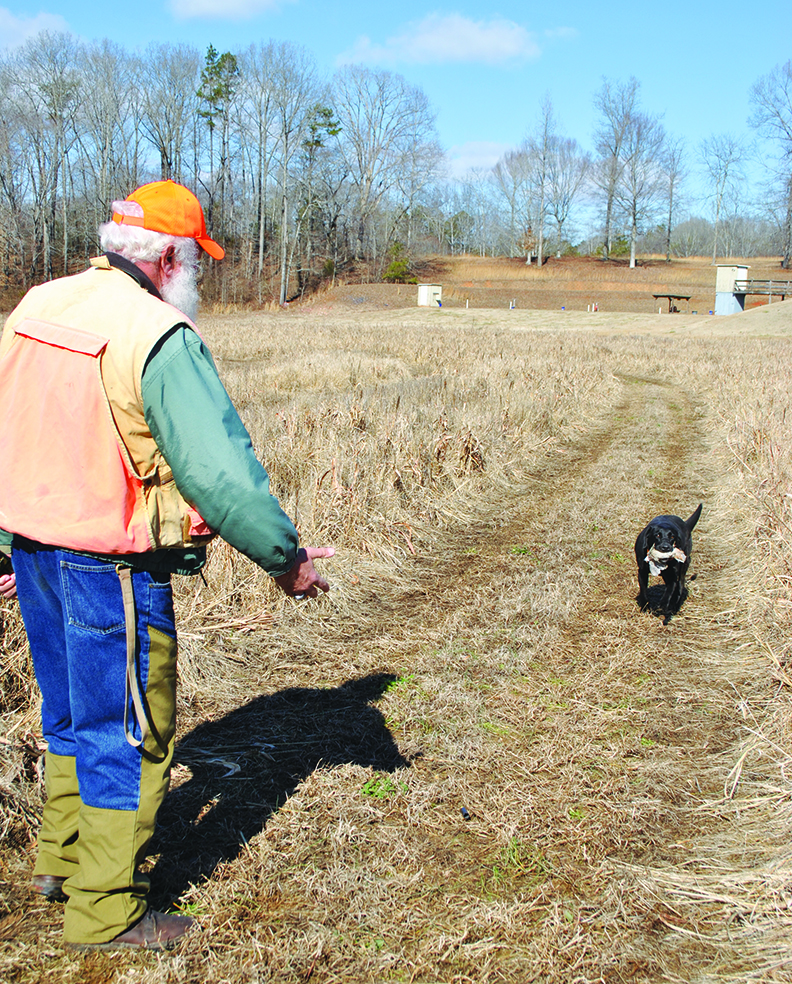 Younger hunters who have cut their teeth on white-tailed deer, and, to a lesser extent, wild turkeys, have largely missed out on one of the great joys of being afield: good dog work.
The hunters of my generation uncased their shotguns just as the heyday of the bobwhite quail was ending. I got in a good 10 years of what most southern gentlemen a few decades older than me simply called “bird hunting” – the bird being understood to be a quail. Then, they started to disappear from the landscape, victims of clean-farming practices, burgeoning populations of predators, unencumbered pesticide use and who knows what else.
Nowadays, except for hunters who keep a Lab or a Boykin spaniel for retrieving ducks and doves, the joy of watching dogs work is largely missing. But there is nothing like watching a well-trained brace of pointers or English setters lock up at the edge of a stubble field, stock still but shivering with excitement, their heads tilted and noses pointed at the sublime aroma of wild fowl a few yards upwind. It takes me back to a time long before I called in my first gobbler and even dropped my first whitetail buck, certainly before my Medicare card came in the mail.
I spent quite a few days afield 20 years ago with the late Bud Freeman, a Winston-Salem bird hunter who trained pointing dogs and sicced them on bobwhites on 2,500 leased acres in Davidson County, divided in 25- and 50-acre parcels that either held wild birds or were perfect places to plant the hundreds of birds he bought every year on which to work his dogs.
Willie, Salty and Sugar – all stylish pointers – and a big setter, Chief, were regular companions in broomstraw fields and around old, overgrown homeplaces for a number of years. I was well into adulthood before I killed my first double on a wild covey rise in a riverbottom field in Yadkin County – behind those dogs. My bird gun now is a 1930 Remington Model 11, an old, square-backed autoloader that’s choked to cylinder bore, in other words, unchoked. With that gun, my 91-year-old father once killed four wild birds on a covey rise in the late 1940s. Still, he lamented, “I would have killed five, but I had to shoot the fourth bird twice.”
Some weathered hunting veterans aren’t about to let that kind of action fade away without a peep, er, a quail whistle. A dozen or so gathered the first weekend of February on Quail Haven, a hunting preserve in Iredell County near Harmony, to rub elbows, share yarns and watch dogs do their thing. For the record, sadly, it appeared that only two of them were under the age of 50.
The Yadkin Valley Wildlife Federation is a conservation group that sprang out of Quail Unlimited several years ago but has maintained a healthy membership roster and is thriving by working not to protect and enhance bobwhite populations – a lost cause already to some – but other upland wildlife species, and especially habitat. In addition to youth fishing and dove-hunting events and providing wildlife seed to be planted for dove fields, wildlife food plots, even places to work dogs on birds, the chapter holds a series of “fun field trials” every year for members with both pointing and flushing dogs. These aren’t events where master dog handlers push their charges toward the latest field-trial championship or national ranking.
“These are for weekend warriors who just want to see their dogs work and keep score,” said Don Stroud of Winston-Salem, who trains dogs at his Hunting Creek Retrievers kennels. “We use modified upland classic rules.”
In a nutshell, dogs from eight different breeds are divided into “pointing” and “flushing” classes, with retrievers in the latter category. Each dog is put in a field into which three quail have been planted, and it has 15 minutes to find them. Points are awarded by judges for birds pointed or flushed, shot and retrieved. The dog’s owner gets six shotgun shells for each round; the dog’s score receives penalties for missed shots, which puts more weight on the owner/hunter/handler than some field trials where handlers miss shots at flushing birds on purpose so their high-dollar dogs, competing for honors and titles that will push their stud fees or puppy fees into stratospheric ranges, can’t be penalized for lack of retrieving skills.
“The handler can cost the dog points,” said Mike Sprinkle of Winston-Salem, who ran his Brittany spaniel in the pointing class for only the second time. “I learned a lot the last time, and I’ve learned a lot this time. In about 10 years, we might be competitive.”
“It’s really like teamwork between the hunter and the dog,” said Stroud, who related that one hunter described his dog’s first round – dogs get a morning round in one field and an afternoon round in another. – with, “Josh did good. I didn’t.”
At the end of the day, one dog wins in the pointing class and one wins in the flushing class. The chapter keeps points through the season – the last fun field trial is scheduled for March 26 at Rimrock Preserve in Iredell County – with two dogs being crowned “Dog of the Year” at the club’s annual fund-raising banquet in September.
“At the end of the day,” said Sammy Mickel of Lexington, who has been organizing and running the fun field trials for the past 15 or so years, “it’s just an excuse to get out with a bunch of crazy people.”
And to admire good dog work.
Dan Kibler has been covering the outdoors since 1985 as outdoors editor of the Winston-Salem Journal
and later as managing editor of Carolina Sportsman until his retirement last fall.