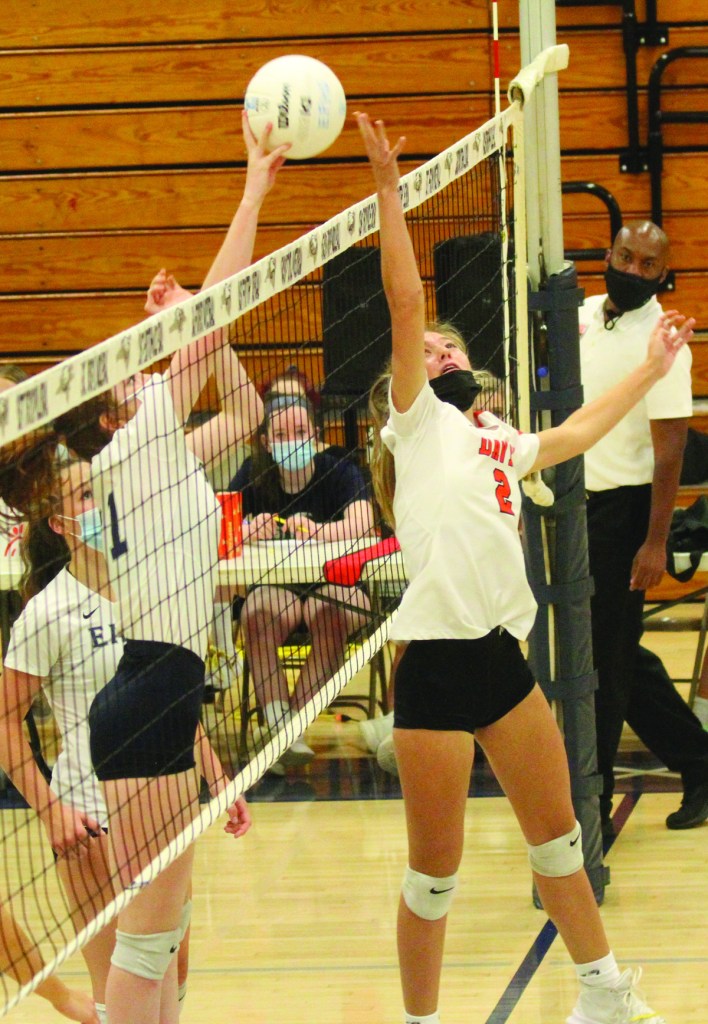 Wow, what a bounce back for the Davie varsity volleyball team.

The week, though, did not start in storybook fashion. The War Eagles traveled to East Forsyth on Sept. 28 looking to stay in a tie for first place. They had reason to be confident. They beat East in five sets on Sept. 2, giving Davie 17 wins in 18 tries in the series. East lost 3-2 to West Forsyth, and Davie buried the Titans in three sets.

The War Eagles’ next match was Sept. 30 at home against Reagan, which had won 27 of 31 all-time meetings and the past three, including a match that only lasted three sets on Sept. 7.

What looked like a Reagan romp in print was really something else. Davie not only solved the Reagan riddle, it blitzed the Raiders in three sets (25-9, 27-25, 25-19).

After winning six in a row, the Raiders stumbled to 15-2 overall. The Davie Crazies erupted into celebration and stormed the court as Davie pulled into a tie for second with a week left in the regular season. This left West alone in first at 8-1 and Reagan and Davie tied at 8-2. If Davie wins out and Reagan defeated West on Oct. 5, Davie will, at worst, tie for first.

Davie’s JV built on its terrific season, winning 2-1 at East and 2-0 over Reagan.

The scores at East were 22-25, 25-21, 15-1. In the first set, Sophia Brady served eight straight points, only to see Davie’s substantial rally run out of steam at the end. In the decisive third set, Lauren O’Connor went crazy, her 13 serves fueling the Davie onslaught.