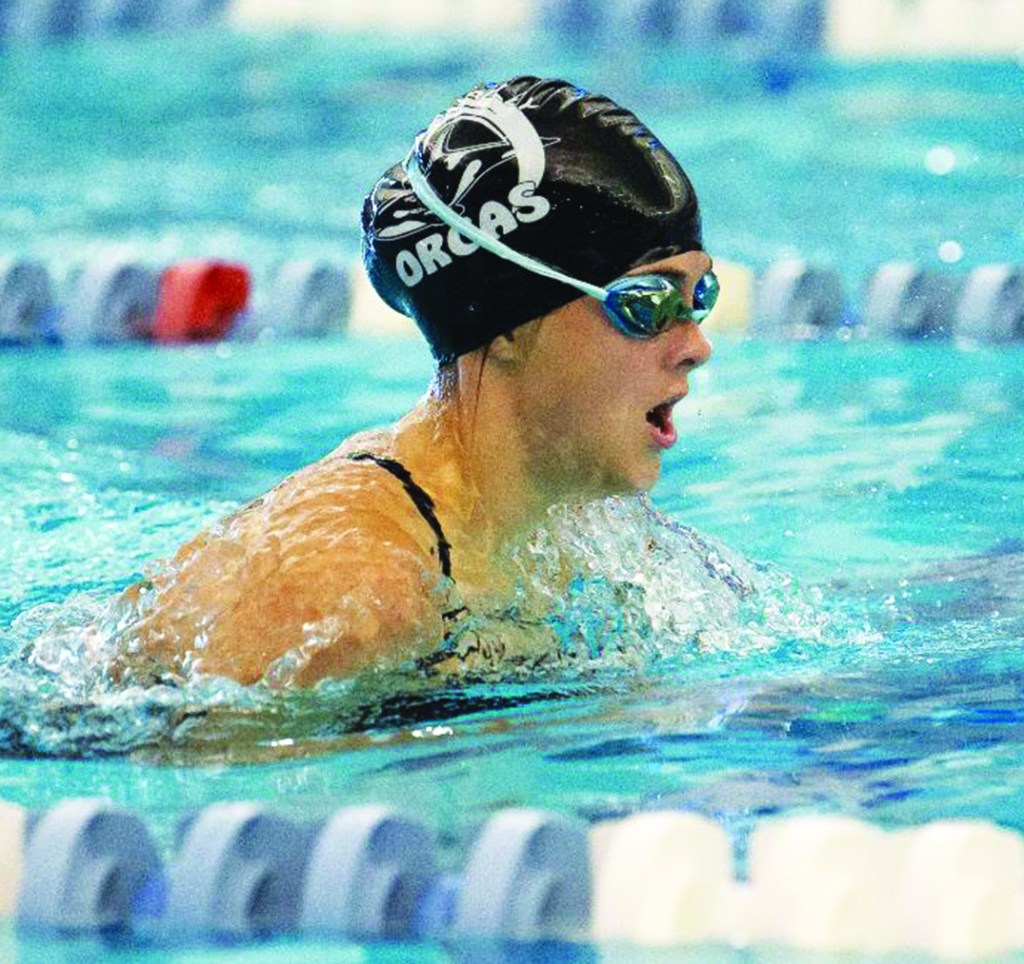 Kayden Richardson swims the breaststroke during her individual medley.

With 108 swimmers, the Oak Valley Orcas competed in the Greater Forsyth League finals at the Greensboro Aquatic Center on July 12.

Head coach Jeni Richardson was assisted by Moriah Little, Jack Coates and Elizabeth Dorsett as the Orcas finished the season with a 4-2 record.

“After a year off due to the pandemic, it was amazing to get back in the water again,” Richardson said. “We had our largest swim team to date. Though we have a few swimmers that did swim all year through programs such as TYDE and Enfinity, most of our swimmers hadn’t been in the pool in over a year. We are so proud of how hard everyone worked to get back into shape. We had some unbeatable relays. In fact, both our 11-12 girls and boys medley and free relays were undefeated all season.”

“We are so proud of how well everyone swam,” Richardson said. “So many of them earned personal-best times.”

Highlights from the morning session:

Highlights from the afternoon session:

15-over – Jack Coates (age 19 and one of the assistant coaches) swam his final season with the Orcas. “Because of the pandemic and last year’s season being cancelled, the GFSL decided to allow swimmers that were supposed to have their final year in 2020 to swim this year,” Richardson said. “So Coates was ‘grandfathered’ in this year. We are proud of his successful season and thankful for his coaching skills.”

Heiny was a swimming genius