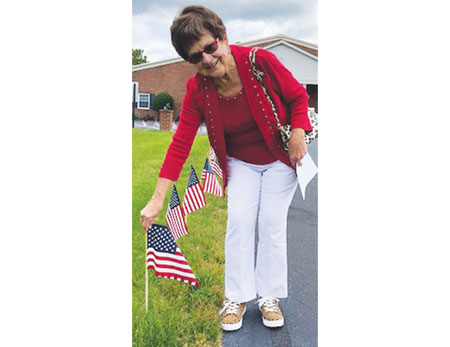 Peggy Wallace in mem-ory of Bob Wallace and Bob Benson. 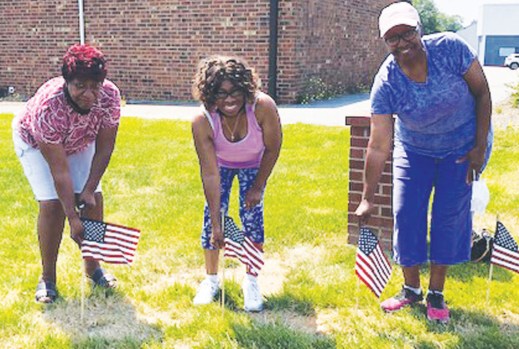 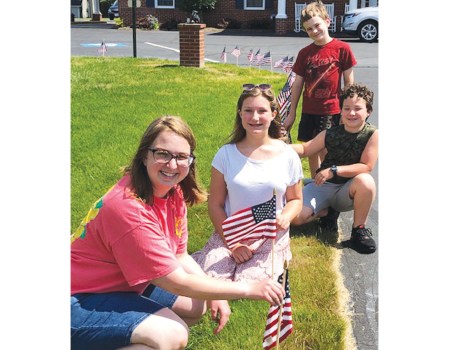 Allison Gupton in memory of Poppy Lamber and Un-cle James D. Taggart; Olivia and Harris Wagstaff in memory of Roy Harris; and Patrick Ress in memory of those who gave their lives for his freedoms. 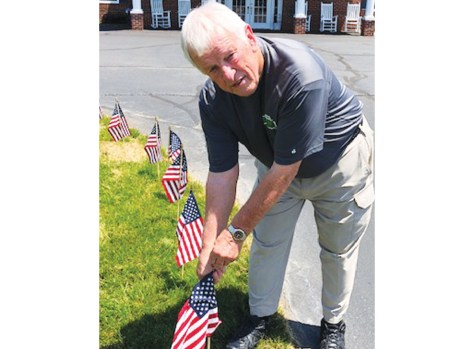 Luther Potts in memory of Clarence Wall, Grant Smith and his uncles in WWII, Hoyt Bailey, Homer Potts & Clay Boger; Pete Dwiggins and his brother who served in the Korean Conflict, Billy Potts; and Terry Potts who served in Vietnam

Lambert Funeral Home hosted their annual Memorial Day observance Monday, May 31, at their Mocksville Chapel. For years this service had previously been held at the Brock Auditorium, but to give it a more intimate setting, the Lambert’s chose to move it to the funeral home. The service was opened by Carl Lambert, owner; Ashley Grubb gave an inspirational message of gratitude to those who gave the ultimate sacrifice for our country; Erin Carter Davidson sang “America the Beautiful” and “God Bless America”; CDR R.C. Moore, USN, Retired, laid a wreath in honor and memory of those whose lives were lost while serving our country; and C. J. Dwiggins played “Taps.”

In the week leading up to Memorial Day, community members stopped by to place flags in the Heroes Field of Honor in front of the funeral home. From children to family of those who’ve served and sacrificed to Veterans who lost friends in battle, a place of memory and reflection was created in honor of Memorial Day. “We are honored to remember those who’ve stood between us and harms way and selflessly gave their life for our freedom” Lambert said.