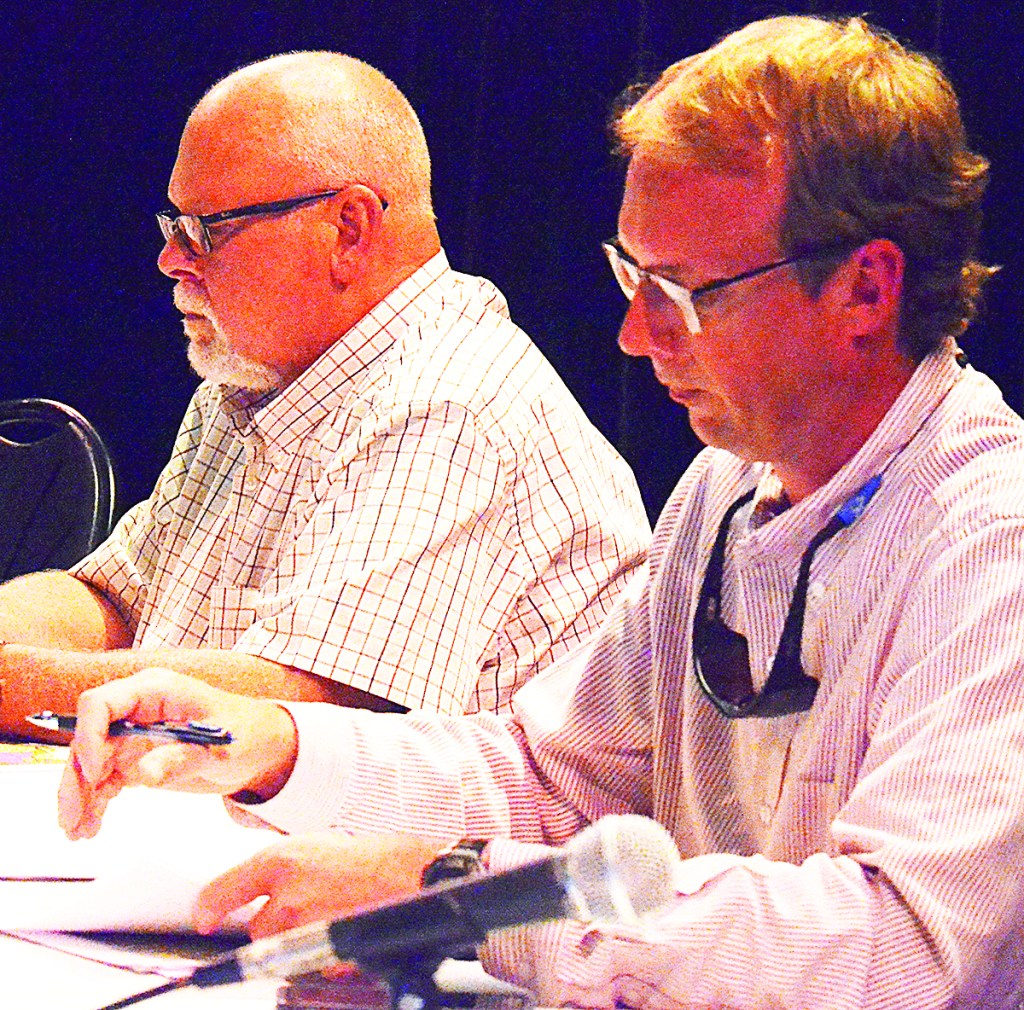 Davie planning board members last week unanimously recommended the rezoning of 159 acres from residential and highway business to general industrial, both in the quality design overlay district.

The tract, along Farmington Road and US 158, has long been touted as one of the county’s best industrial sites, said Terry Bralley, president of the Davie Economic Development Commission.

Bralley and two others – one representing the landowner, Wells Fargo Bank – spoke in favor of the rezoning. Two residents of a nearby housing development spoke against the move.

“It’s a prominent site for us,” Bralley said. “It’s been linked on our website for decades.” He said he has shown the property to several businesses, including Gildan, which chose a site just off I-40 near the US 601 exit in Mocksville.

Bralley said there is no single business ready to move into the new park, but if approved by county commissioners, developers would likely put up buildings ready for a business to move in. Stimmel & Associates has been hired to plan the park, he said.

“Our job is to improve the tax base and create jobs,” Bralley said.

Luke Dickey from Stimmel said the company held a community meeting in which 16 people attended, with six more calling in by phone. He said the residents were concerned with some of the uses allowed in general industrial, with about 60 percent of those contacted being against the rezoning.

Local Realtor Kyle Swicegood said the property – once known as the Wachovia Tract – is perfect for industrial development with I-40 being less than a half mile away. “I have heard this tract being called the industrial gem of Davie County.”

He said Davie County is at a crossroads in growing, and the economy is right for such a development with a known and trusted developer.

William Vaughan, an engineer, said the rezoning goes against the county’s own comprehensive plan.

He said residents of the nearby Eagles Landing subdivision had no idea of these plans before purchasing their homes. And such development has no place near homes, he said, suggesting that “light” commercial or residential would be a better use for the property.

Another nearby resident questioned whether putting industries near the high school – with young, inexperienced drivers – would be wise.

“This piece of property checks all the boxes,” said planning board member, Wendy Gallimore. “There’s no other property I know of that is this perfect thor this type of development. It’s ready to be built on, for the most part.”

The issue nows goes to county commissioners for final approval.