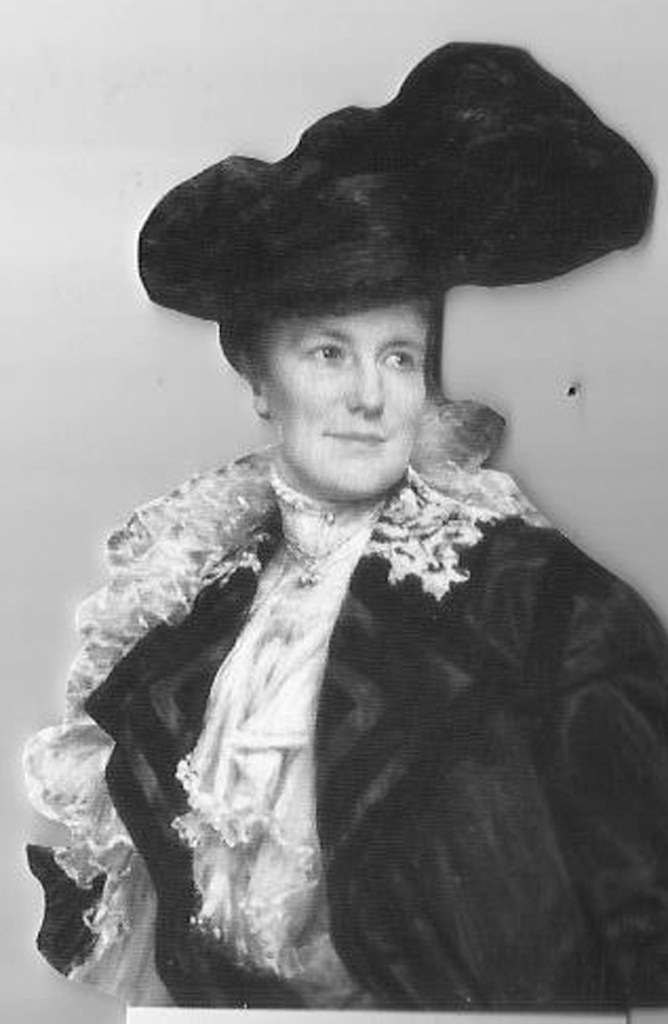 Many of the first 26 Presidents of the United States and their families were not spared from tragedy.

Presidents Lincoln, Garfield, and McKinley, had been assassinated by 1901.

Theodore Roosevelt was almost knocked off of his feet when his beloved wife, Alice, and his mother, Martha Bullock Roosevelt, died the same day— Feb. 14, 1884. Alice had just had a new baby, which was born just a few days before she died.

Losing his wife and mother on the same day was too much for Theodore Roosevelt, who was serving in the New York Assembly. Mr. Roosevelt decided to leave his new baby with his sister, go to the Dakotas and buy a ranch. He bought a ranch in North Dakota where he did the same work as was done by the cowboys there.  Sometimes he was in a saddle 12 hours a day. He worked as hard as anyone on the ranch for about two years, and then he went back East.

After returning to New York, Mr. Roosevelt met Edith Carow at his sister’s house. Theodore had known Edith all of his life, but, evidently, he saw her in a different light after he returned from North Dakota. Soon after Theodore and Edith got re-acquainted, they realized they were in love. They got married in 1886 in London where Edith’s family was living. After a honeymoon in Europe, the Roosevelts returned to Sagamore Hill, a house that Theodore and his first wife, Alice, had planned at Oyster Bay, on Long Island, N.Y. That house was built while Theodore was in North Dakota.

Sagamore Hill was/is a big house near Long Island Sound.  That property was a perfect place for Theodore, who loved the outdoors and strenuous activity. Roosevelt held a number of political jobs during the next several years. The family sometimes moved with him, but they usually stayed at their home on Long Island. During the next 10 years the Roosevelts had four sons and one daughter. They also had Alice, the daughter born to Theodore and his first wife. The Roosevelt family flourished at Sagamore Hill—exploring, hunting, swimming, and engaging in all kinds of other sports, often with Mr. Roosevelt participating.

The father loved to wrestle with his sons on the bear skins rugs in the Great Room at Sagamore Hill. Mr. Roosevelt even had his sons chopping wood and pitching hay. The boys enjoyed all the activities, and the father even seemed to enjoy the high-jinx in which the boys were sometimes involved.

Edith Carow was born in Norwich, Conn., in 1861.  Her family was wealthy, and she grew up in high society.  She had tutors and completed her education at Miss Comstock’s School. Even though she had grown up with every need being attended to, she had the knowledge and skill necessary to manage her big Sagamore Hill household including the finances as her family grew.

The family had servants who helped with the cooking and cleaning, but Mrs. Roosevelt was a talented lady who could  manage all social obligations.

In 1898, the United States got involved in a war with Spain. The ship, the Maine, was sunk in the Havana Harbor. There had been problems in Cuba for some time and the sinking of that ship was the spark that started the Spanish-American War.

Mr. Roosevelt wanted to get involved in the fighting.  He raised a Unit called the “Rough Riders,” some of whom were the cowboys that he knew in the Dakotas and others were people from New York society.   The Rough Riders’ success as they stormed up San Juan Hill gained national attention for the leader, Col. Theodore Roosevelt.

With the name recognition gained as a soldier, Mr. Roosevelt decided to run for Governor of New York.  He was elected and attacked that job with his usual vigor. He was successful. By the time that the Republican Convention convened in 1900, Mr. Roosevelt was known as a man who could get things done.Because of his previous successes, he was chosen to run as vice president with President William McKinley, who was seeking a second term.  Mr. Roosevelt was not sure he wanted to be vice president because it was often considered a dead–end job, but he finally decided to accept the nomination.  Mr. Roosevelt campaigned vigorously even though Mr. McKinley only campaigned from his front porch. The McKinley/Roosevelt campaign was successful, and Theodore Roosevelt became vice president.

The following paragraph from the book, First Ladies Who Called the White House Home, by Beatrice Gormley,  explains Edith’s role as First Lady: “As First Lady, Mrs. Roosevelt calmly managed a hectic social schedule of receptions, teas, and dinners to say nothing of the wedding of Alice to Nicholas in 1906 and Ethel’s social debut in 1908. She kept a firm rein on her husband’s boyish enthusiasm and made sure he got enough rest. Mrs. Roosevelt also supervised the addition of the East and West Wing of the White House.” Mrs. Roosevelt was indeed a genteel lady who had all the skills that a First Lady needed.

Mr. Roosevelt had promised not to run again if he was elected in 1904; a promise that he lived to regret. He did run again, but, on a third party ticket, the Bull Moose ticket, and he lost. The Roosevelts spent the rest of their lives at Sagamore Hill. The former President, Theodore Roosevelt, died there in his sleep on Jan. 6, 1919, and was buried at Youngs Memorial Cemetery, which was near Sagamore Hill.

Mrs. Roosevelt lived 29 years after the death of her husband. She lived quietly at Sagamore Hill reading, traveling, and enjoying her children. She died on Sept. 30, 1948 and was buried beside her husband at Youngs memorial Cemetery.

The only thing which at Mr. and Mrs. Roosevelt could not seem to handle was his daughter, Alice, who was born to Theodore and his first wife. Alice was a rebellious teenager when the family moved to the White House. Mr. Roosevelt finally said, “I can do one of two things—I can be President of the United States or I can control Alice.  I cannot do both.”  Alice got married in the White House while the family was living there and that somewhat ended the “Alice problem.”  As Alice and her husband were leaving for their honeymoon, Mrs. Roosevelt let Alice know that she was glad that she was moving on.

Sagamore Hill at Oyster Bay on Long Island, is a must-see place for those interested in presidential history. If a Sagamore Hill visitor is quiet, it seems that he/she can almost hear Mr. Roosevelt wrestling with his sons on the bear-skin rugs in the Great Room.

Another interesting room in that house is one without the heads of big game animals. It is Mrs. Roosevelt’s sitting room where the boys were not allowed. The National Park Service administers Sagamore Hill.