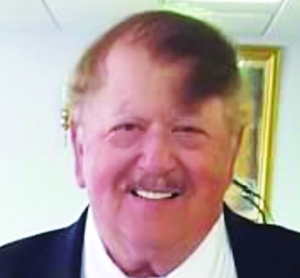 George Henry Stevens Jr., 70, of Statesville, died on May 2, 2021 at Iredell Memorial Hospital.

He was born on Jan. 5, 1957 in Gallitzin, Pa., son of Dorothy (Eckenrode) Stevens and the late George Henry Stevens Sr.  In addition to his father, he is preceded in death by: a brother, Robert “Bobby” Stevens; an uncle, David Eckenrode; and an aunt, Linda Johnson.

He graduated from Penn Cambria High School. He was a mechanic for 20 years before becoming an armored guard and transported money for Loomis Fargo before retiring. He met and married Mary Ann (Boger) Stevens in August of 1973. He was dedicated to his faith and was a member of Plain Truth Pentecostal Tabernacle of Statesville. He was instrumental in handling the music at church, he played guitar and was a singer and songwriter, too. When he wasn’t playing music for his church he enjoyed camping and fishing and was a member of Bass Masters.

A visitation wasw held Friday, May 7 from noon-1 p.m. at Plain Truth Pentecostal Tabernacle of Statesville, followed by a memorial service with Pastor Tim Moose officiating.