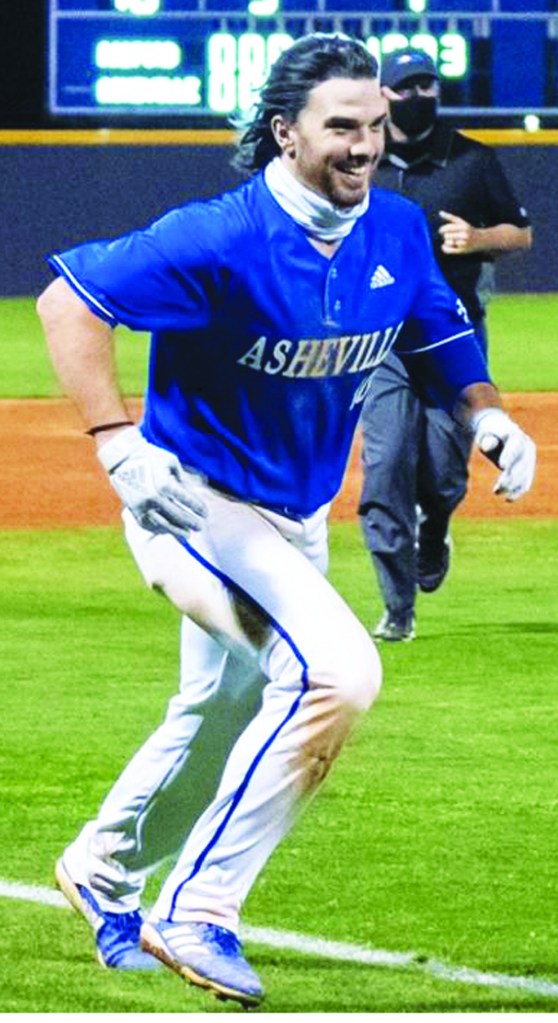 Radford could smell smoke when Brandon Lankford stepped in the batter’s box in the bottom of the ninth inning in a tie game – he had hit safely in 15 of 18 games in 2021 for UNC Asheville and he was 3 for 4 after singling in the first, third and sixth innings and reaching on an error in the seventh – and it found fire.

The 6-2, 210-pounder from Mocksville unloaded on a 3-1 pitch from Ty Burton, hitting a walk-off homer to left field to give the Bulldogs a 6-5 victory on March 26.

“That was the first walk-off I’ve hit in my life,” said Lankford, who bats third and plays third base. “It was such an incredible feeling running around the bases and seeing all my teammates going crazy at home plate. I’ll remember that for the rest of my life.”

“Going into the at-bat (in the ninth), I was just looking to get on base,” he said. “They pitched me backwards all weekend, so I knew they’d do the same thing, so I was looking for something up in the zone to drive. When the count was 3-1, I was looking for something on the inner half of the plate, and I got my pitch and took advantage of it. He had a little run on his fastball and a sweeping slider, and I’ve faced pitchers similar to him. I just trusted my approach.”

Lankford is nearing a magical number – the school record for career homers held by Brian Shehan, who slammed 42 bombs from 1987-90. Lankford entered the week with 39. Asheville has 26 games left, plus the conference tournament.

He is the conference’s active home-run leader.

“I was aware of the number (of homers) I’ve hit, but I didn’t know I was the active leader, which is pretty cool to know,” Lankford said during an interview with the Big South Conference. “My freshman year in college I learned how to fine-tune my swing, be a true hitter and just let the power follow.”