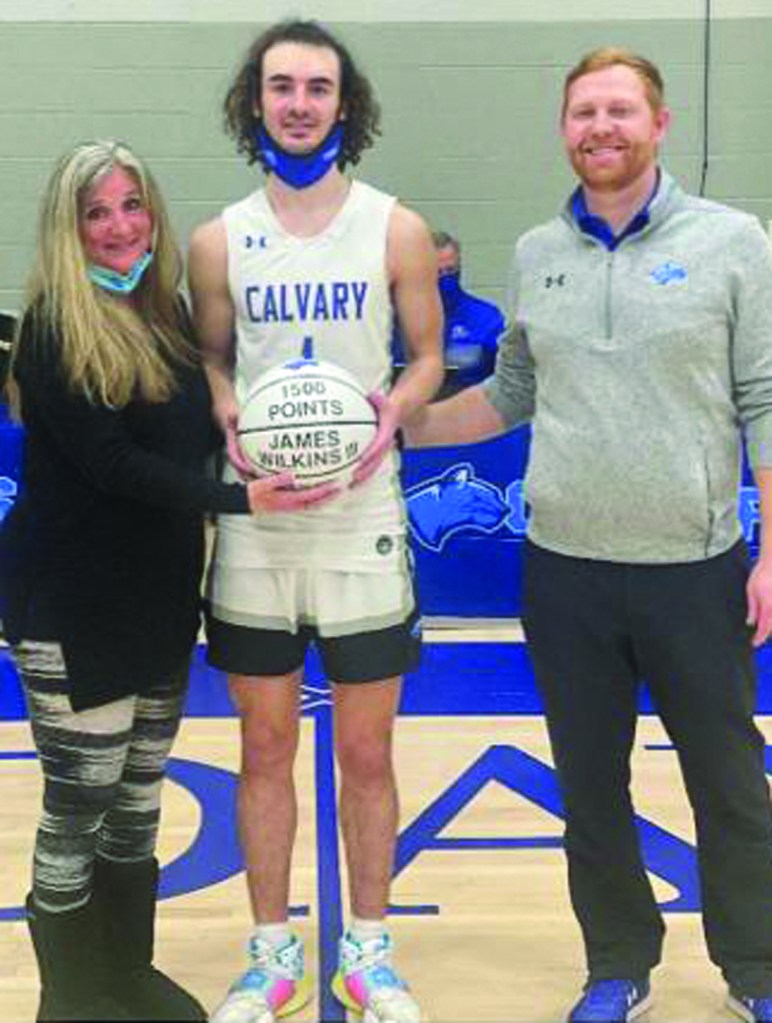 The last time we saw James Wilkins III in Davie County, he was a basketball star for North Davie in 2016-17.

Now Wilkins of Mocksville is having a legendary career at Calvary Day School in Winston-Salem.

The 6-3 junior scored his 1,500th point on Feb. 12. He became the third Cougar to reach the milestone, but the first junior to do it.