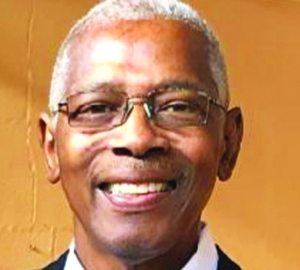 He graduated from Davie County Schools and continued his education at Winston-Salem State University, where he earned a bachelor’s degree. He was a God-fearing man.  He was employed with the City of Roanoke Court Systems for approximately 40 years as a probation/parole officer. He took pleasure in keeping youth on the right path and he enjoyed officiating youth basketball. He started officiating games while in college and continued until 2019. When not directing youth to make the right choices or teaching them how to throw a basketball, then you could find him fishing. He lived by two phrases, “People work because they do not know how to fish,” and “Fish tremble when they hear my name.”

In addition to his parents, he was preceded in death by 2 brothers, Elvie Bell Jr., and James Walter Bell.

A memorial celebration was held privately.