9th President’s wife dies before making it to Washington 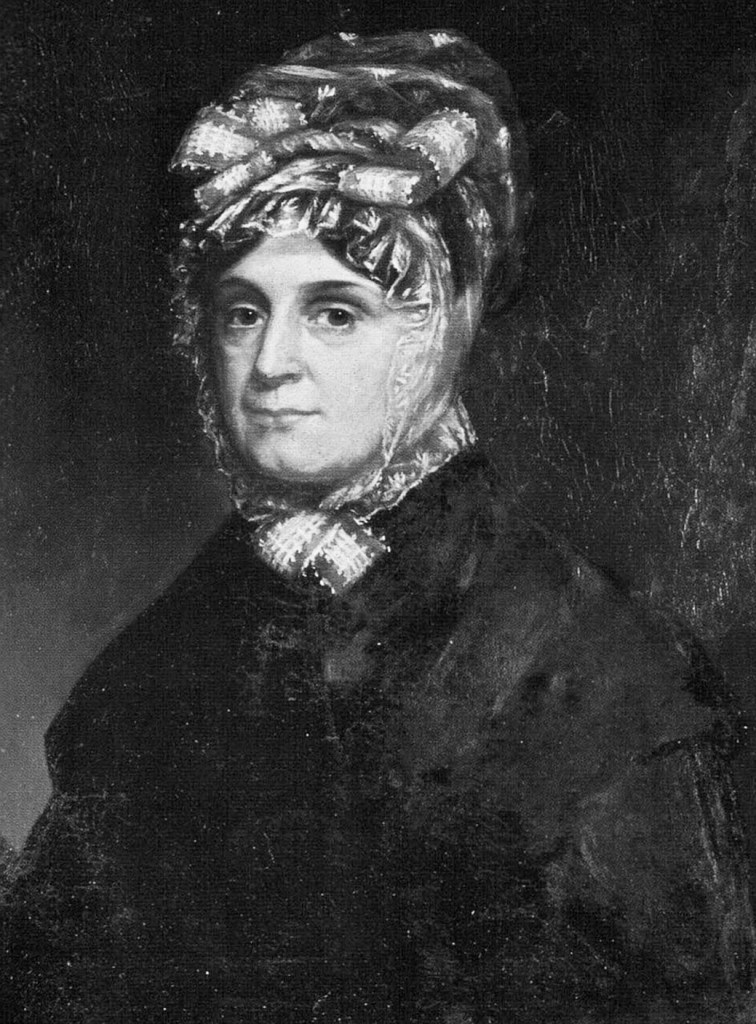 Anna Tuthill Symmes Harrison, wife of the ninth President, William Henry Harrison, never lived in the White House and never performed the duties of First Lady for a different reason.

Anna Tuthill Symmes was born in New Jersey in 1775, the year that the Revolutionary War began. Anna’s mother died while she was young. Her father took his daughter to New York to live with her grandparents. Those grandparents were quite well-to-do and were able to send Anna to the best schools where she got an excellent education.

When Anna was older, her father bought a huge tract of land, 500,000 acres, in Ohio.  He took Anna there to live with him. When Anna was 19, she met a young soldier – actually an Indian fighter – William Henry Harrison, 22.  Anna and William fell in love.  Anna’s father, Judge John Cleves Symmes, disapproved of the relationship  because he did not want his daughter to have to suffer the hardships of being the wife of an Indian fighter on the American frontier.

The father’s disapproval did not deter the young lovers. They were secretly married on Nov. 25, 1795. They moved to the Harrison Farm in North Bend, Ohio. Anna suffered many hardships because her husband was often away, but she ran their farm successfully and cared for her family. She used her education to educate her children and those of her neighbors.

William Henry Harrison was appointed governor of the Indiana Territory. The family moved to Vincennes, Indiana. In 1803 and 1804, Mr. Harrison built a beautiful brick house on the banks of the Wabash River, which he named Grouseland, and moved his family there. That big house was probably needed because the Harrisons had 10 children, one of whom died as a baby.  While living in Vincennes, Mr. Harrison was supposed to improve relationships with the Indians. Treaties were made with the Indians, which were really an attempt by the white man to get more Indian land. Mr. Harrison thought he had a good relationship with the Indians, but there is a hole in a window at Grouseland which was made when an Indian shot to try to kill Mr. Harrison which may tell a different story.

Mr. Harrison served in several governmental positions, and then he decided to run for President of the United States. That was a decision which his wife strongly opposed. She wanted her husband to retire so they could spend pleasant retirement years together.

That was not to be.

Mr. Harrison not only ran for President, but he also won the election after an interesting campaign in which a log cabin and hard cider were used as symbols. Those symbols really did not represent the true William Henry Harrison, who was not born in a log cabin but in a mansion on the bank of the James River in Virginia, and was not given to sitting around drinking hard cider.  After he won the election, Mr. Harrison left his home and his wife and went to his birthplace in Virginia to write his Inaugural Address.

Anna Symmes Harrison did not go with her husband when he traveled east to be sworn in as President of the United States. She was not well at the time, and the trip from their home in Ohio to Washington was a long, hard one at that time. After Mr. Harrison’s inauguration, his daughter-in-law, Jane Irwin Harrison, served as hostess at the White House while they awaited the arrival of the President’s wife.

While Mrs. Harrison was packing to make the trip from her home to Washington, she received the message that her husband was dead. William Henry Harrison had served as President of the United States for only 31 days. The Inaugural Address on which William Henry Harrison had worked so hard was his undoing.  The speech lasted a bit over two hours. The President gave the speech in inclement weather without a hat and warm clothes. He took a cold after which he developed pneumonia, and died.  President Harrison was 68.

Mrs. Harrison was devastated by her husband’s death. Although she had been preparing to move to White House, she had not begun her journey east when the news of her the President’s death reached her. Anna Symmes Harrison never performed the duties of the First Lady, not because of her death, but because her husband died before she moved to the White House.

Mrs. Harrison, who never wanted her husband to run for President, was robbed of quiet retirement years with him. After her husband’s death, Anna Harrison lived on their farm at North Bend, Ohio, until her house burned, and, then, she lived with her son.

The following is a quote from the book, First Ladies, Women Who Called the White House Home: “Her mind stayed clear and lively; her doctor told her grandchildren. ‘I never met a more entertaining person then your grandmother.’”  Anna was 88 when she died, and she was buried at North Bend, Ohio, beside her husband.

There are two places connected to the Harrison Family that are interesting to visit.

First, there is the Harrison Mansion on the James River in Virginia where William Henry Harrison was born and where he returned to write his Inaugural Speech.  That house is one of Virginia’s oldest surviving mansions. There are a number of James River Plantations near the Harrison Mansion including that of John Tyler.  It is possible to visit a number of interesting historical properties in one day.

The other place connected to William Henry is the house in Vincennes, Ind. called Grouseland. It is beautiful house which is completely restored. Not much of the furniture in the house belonged to the Harrisons, but it is furnished with beautiful furniture of that period of history.  That house was named Grouseland because of Mr. Harrison’s love of hunting grouse.  There is even grouse wallpaper on some of the walls in the house.  Five of the ten Harrison children were born at that Vincennes house.