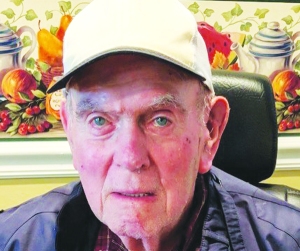 Paul James Matlock died on Dec. 1, 2020 at Autumn Care of Statesville from complications from COVID-19.

He was born on Sept. 10, 1929 in Alexander County and was the son of the late Bannie Matlock and Marie Bowles Matlock. He was also preceded in death by his wife, Katrina Murph Matlock, on Sept. 29, 2013, and his brother, Clyde Matlock.

He began Matlock’s Used Parts in 1946 and worked there until his retirement in 1994. Even after retirement, he enjoyed going to auto auctions with his son and working on antique cars. He was a member of South River United Methodist Church.

A funeral service will be held Sunday, Dec. 6 at 2 p.m. at South River United Methodist Church in Woodleaf with the Rev. AJ Moore and Tim Kelty officiating. The service will be broadcast on the radio frequency that is used for the regular services. The family asks that masks be worn, and that social distance is observed. Mr. Matlock will lie in state on Saturday, Dec. 5 at Nicholson Funeral Home from 1-5 p.m.