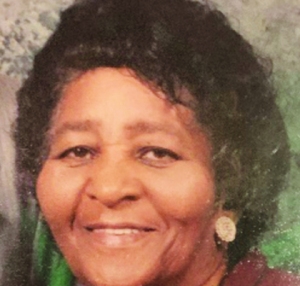 She was born Dec. 7, 1937, the daughter of the late Deloast Payne and Savannah Hairston Payne, the youngest of 6 siblings. Blessed with a loving and caring family, she often spoke of her moral strength that was passed from one generation to another. Mrs. Watkins’ education was obtained at Central Davie High School, Winston-Salem State University, and Forsyth Technical College. She retired from  North-West Child Development  Center, Mocksville after 25 years.

She dedicated her life to Christian leadership and strongly believed that the church is the foundation of the community. A lifelong member of Friendship Baptist Church in Cooleemee,  her work included being a Deacon, Community Bible School and Sunday School Teacher, president of the Senior Missionary Society, second vice president of the Davie County Missionary Union, and the recording secretary of the Guiding Light Missionary Baptist Association Women’s Auxiliary. She remained an active and faithful member until her health declined.

Mrs. Watkins was involved in grassroots politics and organized community-wide voter registration drives. She was a former member of the Davie County Civil Rights Task Force,  appointed election official of the Davie County Board of Elections and served as an election judge for the Cooleemee’s voting precinct. Mrs. Watkins participated in numerous community activities,  including the Cooleemee Historical Association,  Civitan Club and the Davidson County Chapter of the Hairston Clan. Mrs. Watkins special interest included, African-American history that focused on the preservation of local community history.

She was also preceded in death by: her siblings; her husband, John Henry Watkins; and her son, John Kelvin Watkins.

A graveside service will be held on Friday, Oct. 16 at 2 p.m. at the Friendship Missionary Baptist Church Cemetery, Woodleaf, with the Rev. Dr. Ervin Baker officiating.

Due to COVID-19, the family will follow the Center for Disease Control (CDC) guidance for wearing face covering in public settings and social distancing.

Mr. Louis Johnston Utsey of Advance, a kind-hearted man of integrity who lived out his faith in Jesus Christ, died... read more