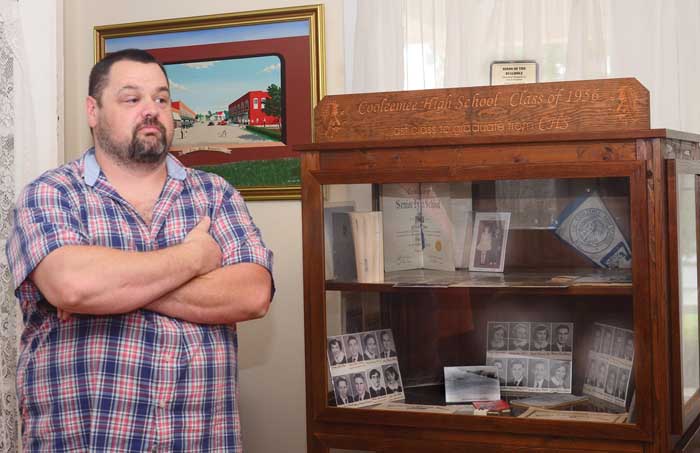 The Mocksville/Cooleemee ABC board owns the town hall building here.

The town is paying rent, and the ABC Store wants to expand, so it made sense for the town offices to move to the Zachary House.

That move was planned for the beginning of October. But when Town Clerk Steven Corriher went to the office last week, a water line break had flooded the town hall.

Luckily, he had already boxed many of the documents and they were on a table. One box of old minutes was lost, but recordings of those meetings still exist.

“It’s been a dream of mine since I became mayor in 2015 to move to a building that we own,” Corriher said. “It just makes sense.”

The Cooleemee Historical Association is working with the town, and the town hall will occupy a front room of the Zachary House, what was once known as the recreation room. It will have its own entrance.

The town board will meet in the adjacent, larger room.

Corriher said all three entities are looking forward to the change. The town will own the space it occupies. The ABC Store will have room to expand. And the Cooleemee Historical Association hopes to benefit from increased exposure.