How does your garden grow? Facebook group explodes during pandemic 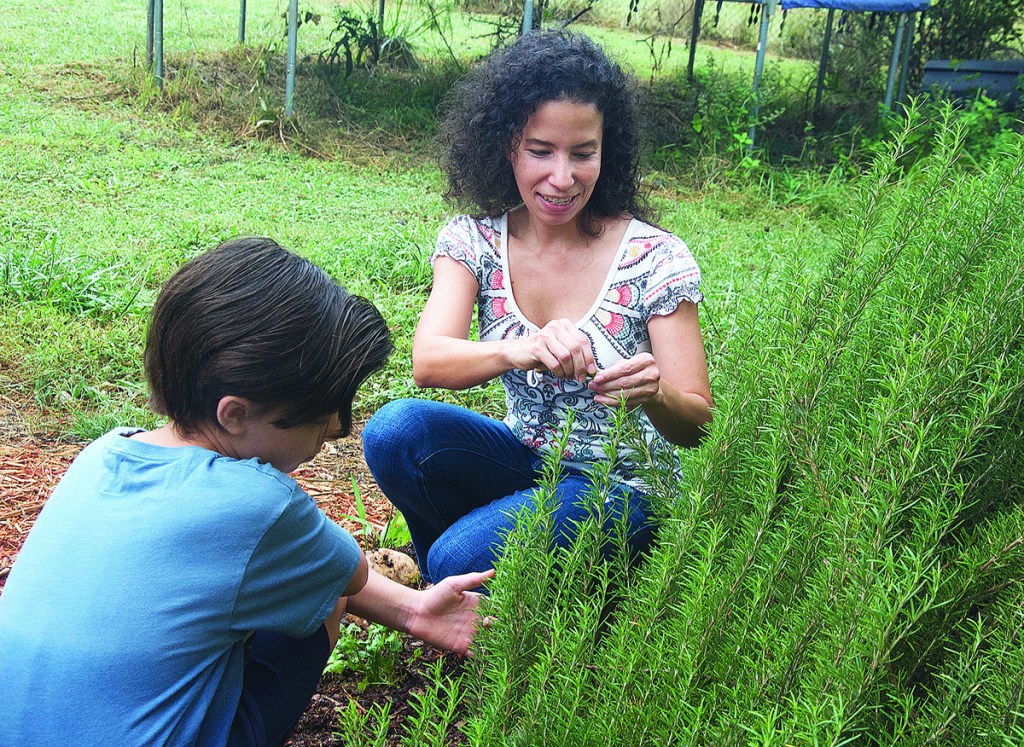 Nicole and Caden Mott harvest rosemary from behind their Mocksville home.

Nicole Mott never really had a garden before. A few potted plants here and there, but nothing to even remotely consider herself a gardener.

Then the family moved to rural Davie County, on acreage that already had a garden plot ready to go.

What should she do?

So she started a Facebook page exclusively for North Carolina gardeners. It was instantly popular, but since the pandemic, has exploded with more than 11,000 members.

“I was actually just looking for some gardening advice,” she said, before starting the group with a couple of friends back in 2017.

“I’m not an expert, but there are so many more in the group who are,” she said. That’s one of the benefits of the group, it can help the most novice gardener and the most experienced, as well. Gardeners learn from each other what works in their area, and what doesn’t.

She admits that she’s more on the novice side, with the family’s last home in Lewisville not only lacking garden space, but it was also shady. But she made do with some potted plants.

“The great thing about gardening is there’s something anyone can do, from a potted plant on a balcony to a full garden.”

Her son, Caden, has caught the bug, as well. “It just brings you joy to grow something,” he said. “I just like to eat the stuff.”

His mom can attest to that. Instead of making jelly from the muscadines that grew alongside the house, Caden ate them.

Gardening during COVID – or anytime for that matter – helps people relieve stress, she said. And chatting with and learning from other gardeners on Facebook also helps.

“We were surprised by how much it (Facebook) grew, but it just shows that people were looking for something to do.” Not only did those people have more time at home, they are wanting to grow more of their own food and landscapes.

Mott and husband Ryan grew up in Florida, and ended up in North Carolina for his work. They moved to North Carolina in 2002, to an apartment in Durham where she had a couple of containers of plants. “I didn’t know what I was doing, but that’s how you learn.”

They moved to Lewisville in 2006, where she spent nine years with those containers and a small garden.

Then they moved to their small farm in Davie County, complete with chickens and more space for gardening than one person could handle.

Mott said the Facebook page gets a lot of questions looking to identify bugs and pest. Others just want to know if a certain plant will grow in their area. Some like to show off their harvests with photos.

“A lot of times it’s just people showing off pictures of their garden,” she said, adding that she posts ‘messy’ parts of her garden to let people know it’s OK for everything not to be perfect.

“We’ve wanted to be out in the country forever,” she said. “It’s like a dream come true.”

“I like that you have a lot of space,” Caden said, “to have a big area we’re able to walk on.”