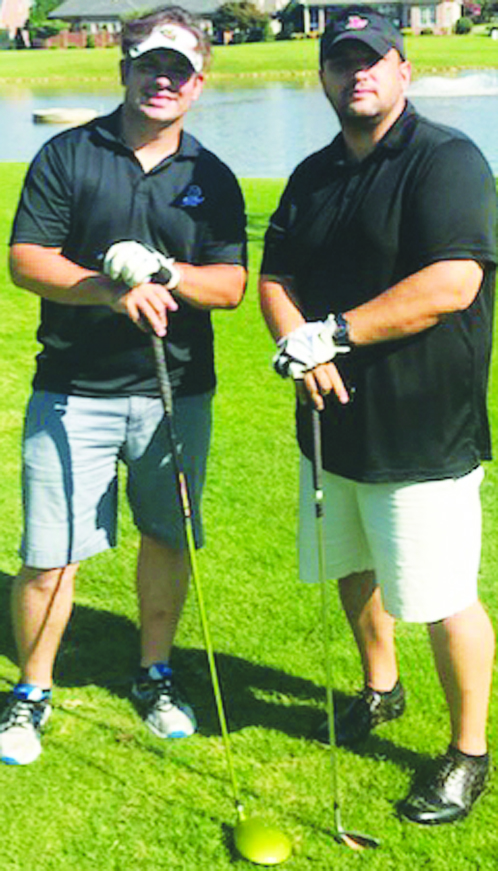 KERNERSVILLE –  Eleven years ago, Doug Smith and his best friend from college Rich Martin had an idea.

While on a trip with friends, they talked about their artistic goals. What was born during that conversation has now come to life with the publishing of their children/teenage novel “Sashmo the Great.”

Sashmo tells the story of Sashmo the Sasquatch and his best friend Ellie, the Loch Ness Monster.  They live in a world where mythical creatures do exist, but have worked to remain hidden from humans. The mythical creatures live by a code:  Never Seen, Never Bother.

After the death of Sashmo’s father, Sashmo’s life is turned upside down when he inherits the role of Sasquatch representative on the Council of Mythical Creatures.  It’s here Sashmo learns that the love of his life Abby, a Yeti, and her people are being threatened by a human oil drilling expedition.  This leads Sashmo and Ellie on an adventure across the world, encountering colorful creatures along the way, to save Abby and truly become great.

“We went through several ideas for stories, said Smith, a 2002 Davie High School graduate. “No matter which ones we came up with, somehow the conversation always came back to talking about Sashmo.”

Sashmo originally began as a screenplay. Year after year, Doug and Rich entered the script into the Page Screenwriting Contest.  Each year they receive positive reviews but could never get traction with getting the script in front of the right people at studios.  Never giving up on their dream, they changed course and began translating the screenplay into a novel.

They have written the novel under their pen names.  Doug writes as S. P. Smith, the initials honor his late father. Rich writes as Archie Martin, a reference to his college nickname.

Graduates from Greensboro College, they have realized their dream from 11 years ago as Sashmo The Great is available for download and paperback on Amazon and Barnes and Noble online. The title can be found by simply searching “Sashmo.”